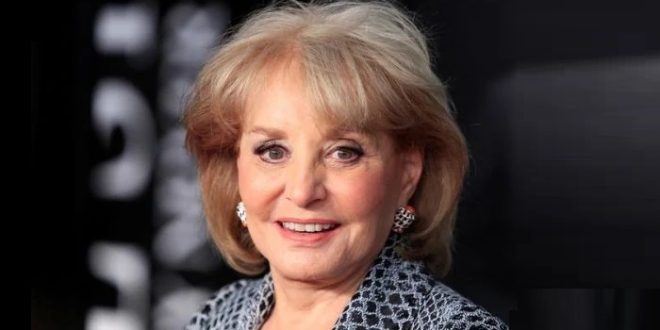 WASHINGTON: Barbara Walters, one of the most visible women on US television as the first female anchor on an American network evening news broadcast and one of TV’s most prominent interviewers, died on Friday at age 93, her longtime ABC News home said. 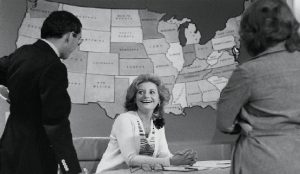 Walters, who created the popular ABC women’s talk show “The View” in 1997, died at her home in New York, Robert Iger, chief executive of ABC’s corporate parent, The Walt Disney, said in a statement. The circumstances of her death were not given.

“Barbara was a true legend, a pioneer not just for women in journalism but for journalism itself,” Iger wrote.

“I never thought I’d have this kind of a life,” Walters said in a 2004 Chicago Tribune interview. “I’ve met everyone in the world. I’ve probably met more people, more heads of state, more important people, even almost than any president, because they’ve only had eight years.”

Walters’ critics said she too often asked softball questions and she was long skewered for a 1981 interview in which she asked Hollywood actress Katharine Hepburn what kind of tree she would like to be. 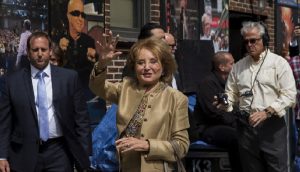 Walters pointed out that she only asked because Hepburn had first compared herself to a tree.

She knew how to ask tough questions, too.

“I asked Yeltsin if he drank too much, and I asked Putin if he killed anybody,” Walters told the New York Times in 2013. Both answered no.

Celebrity interviews also were an important part of Walters’ repertoire, and for 29 years she hosted a pre-Oscars interview program featuring Academy Award nominees. She also had an annual “most fascinating people” show but dropped it when she decided she was weary of celebrity interviews.

Walters reached the top of her field despite difficulty pronouncing R’s, a trait that made her the target of a biting “Bawa WaWa” impersonation by Gilda Radner on the “Saturday Night Live” sketch comedy show in the 1970s. Walters said the spoof bothered her, until her daughter told her to lighten up.

Walters was born in Boston. Her father, Lou Walters, worked in show business as a nightclub owner and booking 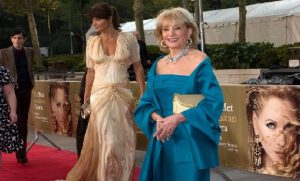 agent, and was credited with discovering such talent as comedian Fred Allen and actor Jack Haley, who would go on to play the Tin Man in the motion picture classic “The Wizard of Oz.”

After graduating from Sarah Lawrence College, she worked in public relations before joining NBC’s “Today” show as a writer and segment producer in 1961. She began getting air time with feature stories such as a report on her one-day stint as a Playboy bunny and became a regular on the program.

It was then that she began encountering resistance. “Today” show host Frank McGee resented her presence and tried to limit her role on the show.

After 13 years on “Today,” Walters was given an unprecedented $1 million annual salary to move to rival network ABC in 1976 and make history as the first woman co-anchor on a US evening newscast. Her unwilling partner, Harry Reasoner, made his disdain for Walters obvious even when they were on the air. (Int’l Monitoring Desk)