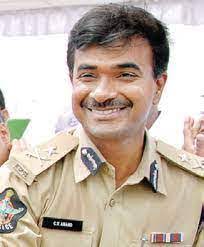 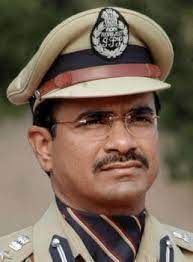 CV Anand belongs to 1991 batch of IPS and was allotted the erstwhile AP cadre. After state bifurcation, he was allotted Telangana cadre. The first 10 years of his service was spent in the highly Maoistaffected districts of Warangal, Adilabad and Nizamabad as ASP and SP. There he led the forces personally and survived several exchanges of fire resulting in severe losses to the Maoists. He was decorated with the President’s Gallantry Medal in 2002.

He has worked outside the police department as Director Excise  for 2 years and Civil Supplies Commissioner for 2 years, where his IT and Technology reforms in introducing e-PDS brought a saving of rupees 2000 crore in 2 years to the government by controlling the illegal activities of rice millers, transporters and ration shop dealers and won him national acclaim.

Another important facet of Shri Anand is that he is a die hard sportsman. He played cricket for Hyderabad state at all levels and toured England with the U 19 team before joining IPS. He was the best athlete in national police academy and won 100 mts, 200 mts, high long- triple jumps. He plays very good tennis and last year he won the All India Police Singles Championship to get CISF it’s first tennis medal.

He believes in using IT based systems for Governance and Administration in every field so that citizen-based services are delivered efficiently and quickly, without any harassment, to the people.