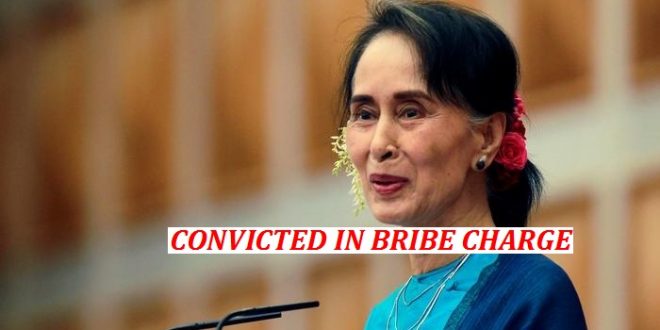 NAYPYIDAW: A court in military-ruled Myanmar on Wednesday sentenced deposed leader Aung San Suu Kyi to three years in prison on charges of accepting a bribe, a source with knowledge of the matter said. 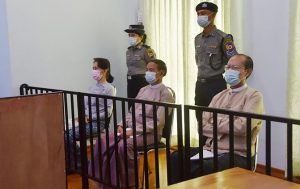 The 77-year-old Nobel laureate, a figurehead of opposition to military rule, faces charges for at least 18 offences ranging from graft to election violations, carrying combined maximum terms of nearly 190 years.

Suu Kyi has called the accusations against her absurd and denied any wrongdoing. She is being held in solitary confinement in the capital, Naypyitaw, and her trials have been conducted in closed courts.

The latest charges were related to allegations Suu Kyi accepted bribes from a businessman, said the source, who declined to be identified due to the sensitivity of the issue.

Opponents of the military say the charges against Suu Kyi are aimed at blocking her from ever getting involved in politics again or trying to challenge the military’s grip on power since last year’s coup.

A junta spokesperson did not answer calls seeking comment on Wednesday. The junta insists Myanmar’s courts are independent and those arrested are receiving due process. 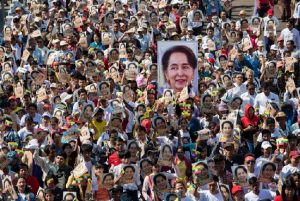 Following is a summary of the charges/cases, based on information available to Reuters from the behind-closed-doors trials. Suu Kyi denies wrongdoing.

Intent to incite, over a letter sent by her party to international organisations while she was in detention, asking them not to recognise a military government. Sentenced to two years in prison, Dec. 6, 2021.

Violating import/export law and telecommunications law by possessing unlicensed walkie-talkies and signal jammers. Sentenced to two years and one year in jail, respectively, with sentences to be served concurrently, Jan. 10, 2022. 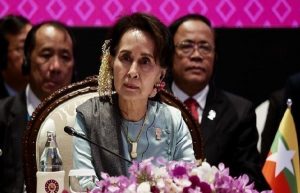 At least 11 breaches of anti-corruption law. Maximum 15 years in prison for each.

Misusing funds from the Daw Khin Kyi Foundation that Suu Kyi chaired, to build a home and leasing government-owned land at discounted rates. Sentenced to six years in prison, Aug. 15, 2022.

Misuse of state funds for lease of a helicopter. Trial ongoing.