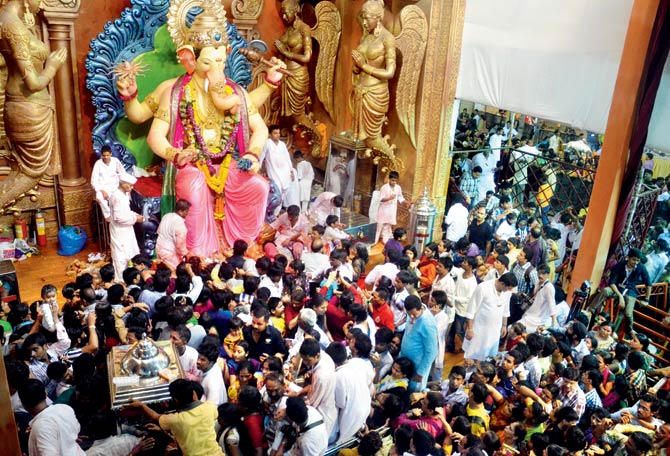 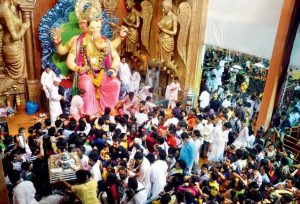 In a bid to protect almost 17 lakh devotees, who will be arriving in Mumbai from across India for Ganesh Chaturthi, the Brihanmumbai Sarvajanik Ganeshostsav Samanvay Samiti (BSGSS) is ensuring property security measures are taken to ensure their safety. These preparations are being made in light of the terror attacks with vehicles, the most recent of which occurred in Barcelona, Spain in which several pedestrians were run over. Similar attacks have taken place in Berlin and London.
The president of BSGSS Naresh Dahibavkar has assured that necessary guidelines have been issued to all Ganesh mandals across Mumbai to ensure the safety and security of volunteers and devotees. The Brihanmumbai Sarvajanik Ganeshostsav Samanvay Samiti (BSGSS) is an umbrella organisation of Ganesh mandals.
Also read: Ganpati pandal numbers in Mumbai on the decline this year. Here’s why…
According to Hindustan Times, Ganesh mandals have been instructed to provide identification stickers to vehicles belonging to their respective mandals or residents who live nearby.
Additionally, CCTV cameras and metal detectors will be installed and Ganpati mandals have been asked to ascertain that no vehicles will be allowed within 500 meters of the pandal.
Also read: Mumbai’s richest Ganpati mandal insured for a whopping Rs 264.25 crore
Ads by ZINC
Extra police protection will be deployed at pandals and even the prasad offered to devotees will be checked.
Last week, the Islamic State terrorist group claimed responsibility for an attack in which a van ran over pedestrians here in Las Ramblas boulevard in Barcelona, Spain. At least 13 persons were killed and more than 100 injured. Spanish police said they have stopped a second attempted terror attack in which they killed five persons in Cambrils town to foil it.
In June, suspected Islamists rammed a van into a group of unsuspecting pedestrians and tourists on the London Bridge and later launched knife attacks at nearby pubs, killing seven people and injuring 48. Police shot dead all three suspects.
In December 2016, a truck ploughed into a crowded Christmas market in Berlin, leaving at least 12 persons dead and another 50 injured.
Post Views: 416
Share
Previous HC: Narendra Dabholkar, Govind Pansare killings are linked
Next New Rs 200 note to be out today: RBI