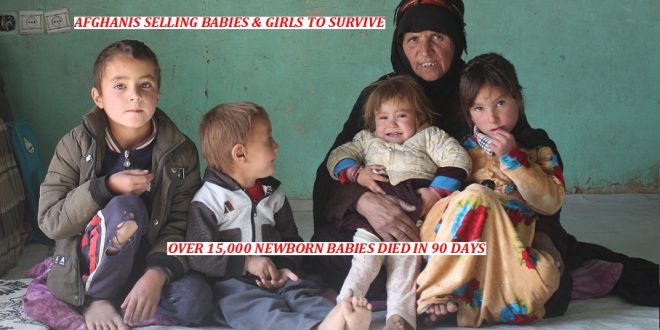 Millions of Shias on target of Taliban & Daesh worldwide 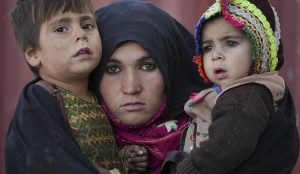 KABUL/ KARACHI: Once again, Taliban has pushed Afghanistan in Dark-Age-Era like they have done earlier while, the Shia Muslims especially Shia Hazara Afghans and pro-Shia Muslims also known as moderate or liberal Sunni Muslims are under direct target of Taliban countrywide, like the Shia Muslims those have been on soft and hard targeting of Tehreek-e-Taliban Pakistan (TTP), Daesh, al-Qaeda, ISIS, ISIL, Boko Haram and dozens of anti-Shia terrorist groups and organizations since last over thirty years in Pakistan as well as across the world and because of these anti-Shia Muslims organization and groups, at least 1.9 million Pakistani Shia Muslims, over half million Afghan Shia/ Hazara Muslims, as a minimum of 3-million Shias in Iraq, Lebanon, Kuwait, Bahrain, Yemen, Syria, Kingdom of Saudi Arabia (KSA), Iran, Nigeria, Sudan and many other Asian, African, American, European countries including Australia have been martyred in same period of time, sources and victims told PMI.

According to reports, it has been more than 24 hours since Farahanaz, whose name has been changed to protect her identity, has had a “proper meal”.

“As adults, we can manage, but when the kids ask for food, I don’t know what to tell them,” the 24-year-old former radio presenter from northern Afghanistan told media. 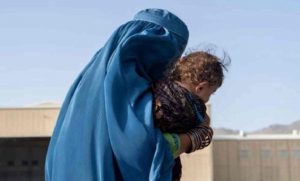 When the family are able to eat, it’s often only bread, and sometimes with vegetables, accompanied by watered-down green tea. Sometimes there is sugar to put in the tea, which is a rare luxury these days, as they struggle to survive after Farahanaz, the sole breadwinner for the family of eight, lost her job after the Taliban takeover of Afghanistan last August.

“My younger sister was recovering from surgery when the Taliban took control and lives were overturned. She has lost so much weight, and falls sick when there isn’t enough to eat,” Farhanaz said but the family cannot afford medical assistance, either.

Farhanaz’s family is among the 23 million Afghans facing starvation, in what has become a hunger crisis of “unparalleled proportions”, according to Dr Ramiz Alakbarov, deputy special representative of UN Secretary-General Antonio Guterres.

“In Afghanistan, a staggering 95 percent of the population is not eating enough food … It is a figure so high that it is almost inconceivable. Yet, devastatingly, it is the harsh reality,” Alakbarov said in a statement issued in early March, adding that almost 100 percent of women-led households were experiencing hunger. 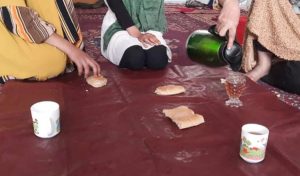 “In better days, I was a radio presenter, and also worked as a teacher part-time. Between my brother, who worked in the Afghan security forces, and I, we were able to feed and care for eight members of our family,” she said. “I even supported my own education and paid for my university, while helping my family,” she told media.

However, after the Taliban takeover, Farahnaz’s brother was forced to flee the country fearing persecution, leaving her as the sole breadwinner of the family “but when I went to work after the fall of the previous government [of President Ashraf Ghani], I was sent back. I lost my job, and have been struggling to feed my family over the last seven months,” she said.

Since the Taliban returned to power, nearly 60 percent of women working in the media have lost their jobs, according to the International Federation of Journalists, more than 90 percent of whom were sole family breadwinners.

“Starvation and poverty are like a disease that not only affects your dastarkhwan (traditional rug meant for dining), but also your ability to challenge the situation and stand by your values,” said Dr Wahid Majrooh, the former Afghan minister of public health. 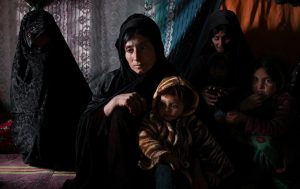 “It impacts your sense of dignity,” said Majrooh, who, unlike many government officials, refused to flee the country after the fall of the Western-backed Afghan government in the interests of preventing the collapse of the country’s underfunded health systems.

Simultaneously, increasing food insecurity has also led to a rise in cases of malnutrition, and starvation-related mortalities, particularly among children.

Majrooh pointed out that with people’s purchasing power affected, they also are unable to seek healthcare.

“Mothers cannot pay for their antenatal and postnatal care, and as evident maternal mortality and morbidity rate is increasing tremendously, and is also affecting child mortality,” he said, adding that health facilities are also unable to meet the demand.

According to data shared by the Ministry of Public Health (MoPH) earlier this month, nearly 15,700 newborn babies and 26 mothers have died in 2022 due to a lack of nutrition.

In Baghlan province, Dr Abdul Rahman Ulfat, head of the nutrition department at the Public Health Directorate, told media that he had witnessed an unprecedented rise in starvation and malnutrition cases. 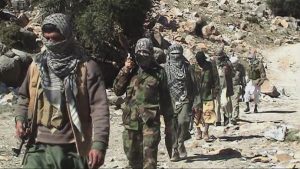 “Children under the age of five are worst affected because they are more vulnerable. Their bodies are still developing and the organs need a steady supply of nutrients, minerals, carbohydrates and adequate fats,” Ulfat explained. “If they don’t get these, they will lose their life.”

Afghan parents are flocking to hospitals and clinics with “sick babies and children withered to their bones” as health workers struggle to provide necessary care and treatments.

“While there is a lack of awareness within the community in terms of nutrition and healthcare conditions, the worsening situation can be attributed to the deteriorating economic conditions in Afghanistan,” Ulfat said, attributing rising crises, particularly among the urban middle class, to widespread poverty and unemployment.

“There is also a lack of domestic resources, particularly access to quality nutrient products, and a lack of transparency in the distribution of food packages among the deserving and vulnerable,” he added. 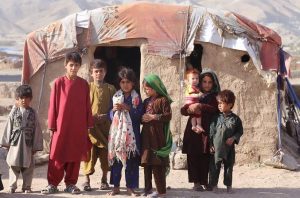 John Sifton, director at HRW, said Afghanistan’s humanitarian crisis was an economic crisis. “Afghans see food in the market but lack the cash to buy it. Health workers are ready to save lives but have no salaries or supplies. Billions have been pledged for aid but remain unspent because banks can’t transfer or access funds.”

Banking restrictions and sanctions on the Taliban by the United States and other countries have made it more difficult for aid groups to move funds and other resources into Afghanistan. Afghan banks are also operating cautiously and have limited cash withdrawals due to currency shortages in the country.

“The unresolved liquidity crisis is a key driver in what is becoming the worst humanitarian catastrophe in the world,” Jan Egeland, secretary-general at the Norwegian Refugee Council (NRC) 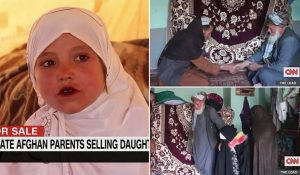 had said, adding that the organization had called to raise $4.4bn for starving Afghans “but unless the US Treasury and other Western financial authorities enable us to transfer the aid money, we will be forced to work with our hands tied, unable to get that money to the communities who desperately need it,” he warned.

Farhanaz echoed this concern. “There is a visible sense of desperation among millions of Afghans; people are selling their babies and young girls to survive and yet Afghans are losing their lives,” she said, choking back tears.

“I hope the Taliban will allow us back to work and schools so we can help our families survive, but I also appeal to the world to not turn their backs on us. They are also responsible for this crisis, and I ask them to not abandon us in this misery,” she said.