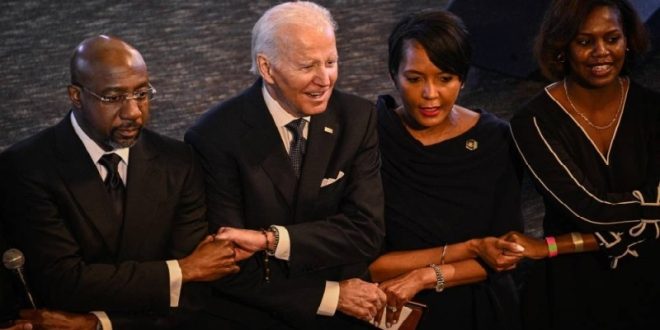 ATLANTA: Speaking at Martin Luther King Jr.’s church on Sunday, President Joe Biden said the US civil rights leader’s dream of racial equality and justice had not yet come true and renewed his call to fight for the soul of America. 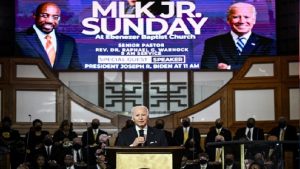 Biden spoke at the very church that King, who would have been 94 this Sunday, called home.

“I’ve spoken before parliament, kings, queens, leaders of the world,” Biden said at Ebenezer Baptist Church in Atlanta, Georgia. “I’ve been doing this for a long time. But this is intimidating.”

The US president, visiting to mark the MLK holiday which falls on Monday, recalled the most famous speech by the icon of the fight for civil rights and against racial discrimination, who was slain in Memphis in 1968: the one in which he repeats the refrain “I have a dream”, “I have a dream.”

It is “a dream in which we all deserve liberty and justice, and is still the task of our time to make that dream a reality because it’s not there yet,” Biden said.

Biden told the congregation that he had put a bust of King in his office. 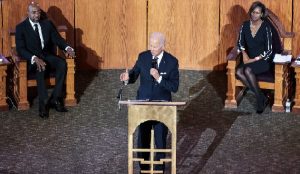 Biden was invited to Atlanta by Raphael Warnock, today the main pastor of the church but also a Democratic senator who defeated a candidate endorsed by former President Donald Trump in the mid-term elections.

Welcoming his guest after a Gospel song, Warnock joked that for the devout Catholic president, the Baptist service would probably seem “a little exuberant.”

The service concluded with the choir singing “We Shall Overcome”, an anthem of the civil rights movement thought to have been based on a Gospel song. (Int’l News Desk)