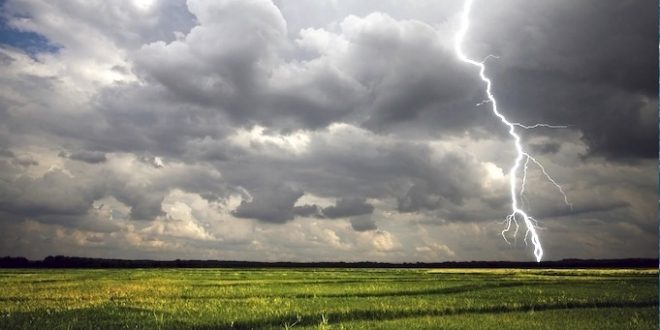 NEW DELHI: Hazardous weather has killed at least 36 people in northern India over the past 24 hours, including 12 who died after being struck by lightning. 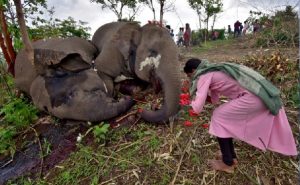 Mohamed Usman, 15, was on his friend’s roof in the city of Prayagraj when lightning struck on Friday evening, killing him instantly. His friend Aznan, who goes by one name, was injured and is being treated in a hospital.

“As soon as they set foot on the roof they were hit by lightning and my son died,” said Mohammad Ayub, Usman’s father.

Officials said 39 people in the state have died from lightning in the last five days, prompting the state government to issue new guidelines for how people can protect themselves during a thunderstorm.

Lightning strikes are common during India’s monsoon season, which runs from June to September. 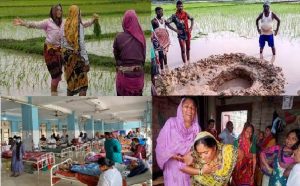 Global warming has also increased the frequency of lightning, said Sunita Narain, director general at the Centre for Science and Environment.

A 1-degree-Celsius (1.8-degree-Fahrenheit) rise in temperature increases lightning by 12 times. Thunderbolts contain as much as a billion volts of electricity and can cause immense damage to buildings when they hit.

There has been a 34-percent rise in lightning strikes across India over the past year, which has caused deaths to increase.

About 2,500 people die in lightning strikes around India each year, according to government figures, compared with just 45 in the United States. 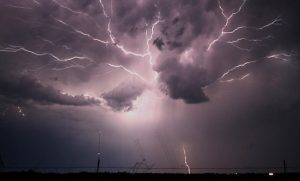 Last year, a herd of 18 wild Asiatic elephants was found dead in India’s northeastern state of Assam, possibly because of a huge lightning strike.

Evidence suggests lightning strikes are also becoming more common in urban areas, a particular concern in India, where the city population is forecast to rise dramatically in the coming years.

Meanwhile, Faizuddin is still traumatised from the lightning strike that killed his three friends as they took selfies atop a 400-year-old fort in India, where climate change is making lethal strikes more common.

Dozens of people have met similarly gruesome ends this year in the western desert state of Rajasthan, where deaths caused by thunderstorms used to be uncommon.

“I was hit by three thunderbolts, one after the other,” said Faizuddin, his voice quivering as he lay wrapped in a blanket at his modest home in Jaipur.

He and his trio of childhood friends had climbed hundreds of steps to a watchtower on top of Amer Fort during a July storm that also claimed eight other lives. 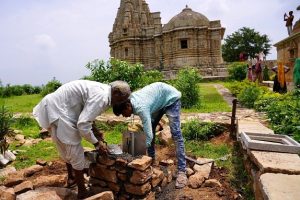 “The sound was deafening, it felt like a huge bomb blast. My trousers and shoes caught fire, my limbs became stiff and I couldn’t move,” the 21-year-old told media, a deep gash still on his head.

About 2,500 people die in lightning strikes around India each year, according to government figures, compared with just 45 in the United States.

Cattle and other animals are often killed or maimed during severe thunderstorms, with one burst of lightning in northeastern Assam state wiping out a herd of 18 elephants in May.

Thunderbolts contain as much as a billion volts of electricity and can cause immense damage to buildings when they hit.

Earlier this year at another fort in Chittorgarh, a few hours south of where Faizuddin’s friends died, a bolt struck a tower and sent a huge chunk of stone plummeting to the ground.

The site was fitted with a rod to draw lightning away from the centuries-old structure “but it proved to be ineffective,” said Ratan Jitarwal, a conservator supervising the fort’s painstaking repair work. 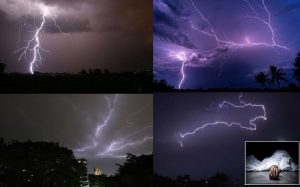 Lightning is also becoming more frequent, with nearly 19 million recorded strikes in the 12 months to March, up by a third from the previous year.

Global warming is driving the increase, says Sanjay Srivastava of the Lightning Resilient India Campaign, one of the few organisations collecting data on thunderstorms.

“Because of climate change and localised heating of the Earth’s surface and more moisture, there is a sudden surge of huge lightning,” he told media.