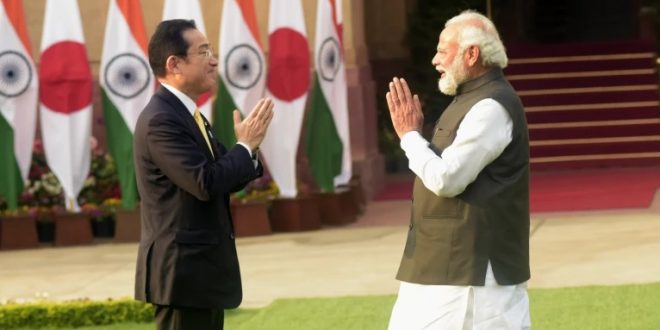 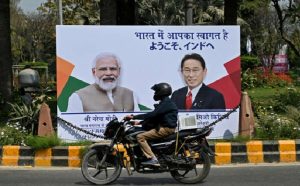 Unlike fellow members of the Quad alliance Japan, Australia and the United States India has abstained in the United Nations votes deploring Russia’s actions, calling only for a halt to the violence while still buying Russian oil.

Kishida told a joint news conference on Saturday that he and Modi held an “in-depth discussion” and that “Russia’s invasion … shakes the very foundations of the international order and must be dealt with firmly” but Modi made no direct mention of Ukraine and their joint written statement afterwards called only “for an immediate cessation of violence and noted that there was no other choice but the path of dialogue and diplomacy for resolution of the conflict”.

Without naming any country, they “emphasized the need for all countries to seek peaceful resolution of disputes in accordance with international law without resorting to threat or use of force or any attempt to unilaterally change the status quo”.

Earlier this month in a four-way call, the other Quad leaders Kishida, US President Joe Biden and Australian Prime Minister Scott Morrison also failed to win the Indian prime minister over to their position on Ukraine. 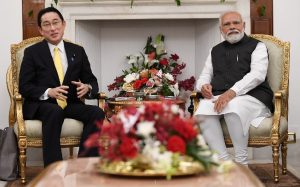 A joint Quad statement at the time said they “discussed the ongoing conflict and humanitarian crisis in Ukraine and assessed its broader implications” without any condemnation of Moscow.

A separate Indian readout pointedly underlined that the alliance must remain focused on its “core objective … in the Indo-Pacific region” of promoting peace, stability and prosperity.

Modi and Morrison are also due to hold a virtual summit on Monday focused on trade, when the Australian premier may again press his Indian counterpart to fall more into the Western camp over Ukraine.

Russia has been India’s main arms supplier since the Soviet era, but now New Delhi also needs more support from the Quad and others in the region and beyond in the face of an increasingly assertive China.

Tensions between New Delhi and Beijing have been high since a 2020 clash on their disputed Himalayan border killed at least 20 Indian and four Chinese soldiers.

Both have since sent additional military hardware in India’s case, much of it Russian-made and thousands of extra troops to the area. 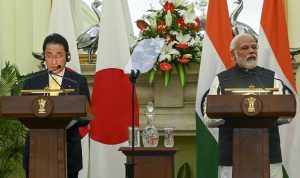 With reference to China’s growing assertiveness seen as the main concern of the Quad, Kishida and Modi “reaffirmed their common vision for a free and open Indo-Pacific, free from coercion”.

The statement after the first visit to India by a Japanese prime minister since 2017 also said Japan would realize [should it be invest?] five trillion yen ($41.9bn) in public and private investment in India in the next five years.

Both leaders also expressed their concern “about the situation in Myanmar and called for an end to violence, the release of all those detained and a return to the path of democracy”, the statement said.