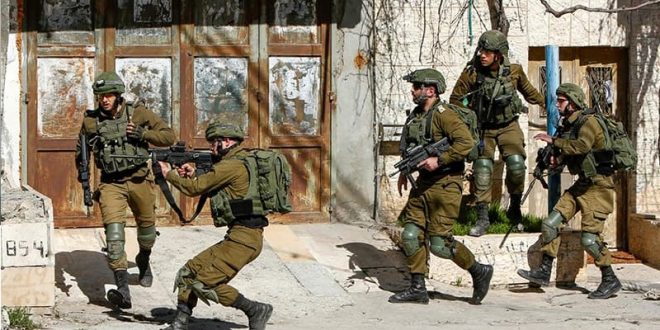 JERUSALEM/ RAMALLAH: The Israeli army has four three more Palestinians during a raid in Jenin, the latest people to die in a months-long Israeli campaign of near-daily raids in the occupied West Bank. 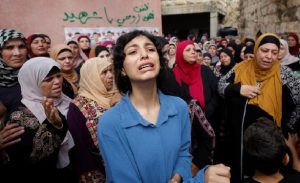 The Palestinian ministry of health identified the three killed on Thursday morning as Siqdi Zakarneh, 29, Atta Shalabi, 46, and Tareq al-Damaj, 29 while the fourth one remained unnamed.

The ministry announced their death at approximately 5:30am (02:30 GMT).

Zakarneh and al-Damaj were from the Jenin refugee camp, while Shalabi was from the town of Qabatya on the southern outskirts of Jenin.

At least two other Palestinian men were injured by Israeli fire during the raid, including one in serious condition, local journalists told media.

A general strike across Jenin governorate has been announced to mourn the three men, with schools, businesses and stores shut.

The Israeli army, including Special Forces, raided Jenin and its refugee camp at dawn on Thursday and arrested several wanted Palestinian resistance fighters, during which clashes broke out between Israeli forces and armed Palestinian men. 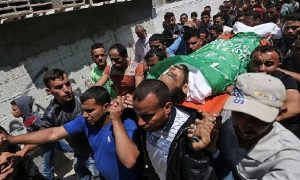 According to local journalist Mujahed al-Saadi, one of the men killed, Sidqi Zakarneh was a fighter, while Shalabi and al-Damaj were civilians.

Al-Saadi, as well as local media, said Zakarneh was affiliated with the al-Aqsa Martyrs’ Brigade, the armed wing of the Fatah political party but it remains unclear whether Zakarneh was engaged in fighting when he was shot.

“Eyewitnesses said Zakarneh was shot in his car. The people who took him out of the car said they did not find any weapons on him,” A media person namely Ali al-Samoudi, who is based in Jenin, said.

The second man who was killed, Atta Shalabi, was driving by with his brother on their way to work when they found Zakarneh killed in his car.

“Atta attempted to help Zakarneh but as soon as he approached, the Israeli army shot him,” said al-Samoudi, based on information received from Shalabi’s brother, Mohammad.

Shalabi was a labourer working in Israel, according to his brother. He had a work permit and was on his way to the Jalameh checkpoint in Jenin when he was killed. 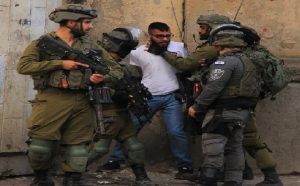 The context surrounding the killing of the third man, al-Damaj, remains unclear.

After the incident, the Israeli military said that its forces had been conducting “counterterrorism” activity near Jenin when its soldiers were “targeted with direct fire and responded with live fire” during one arrest raid.

Nabil Abu Rudeineh, spokesman for the Palestinian Authority (PA) presidency, said in a statement that the “Israeli occupation government is trying to ignite the region by continuing its crimes against the Palestinian people”, adding that the frequent killings of Palestinians are creating “an explosive situation”.

The Palestinian Prisoners’ Society said in a statement that two men were arrested during the raid, Bajes Kayed and Khaled Misbah Abu al-Hayja both former prisoners in Israeli jails.

Local media reported that Israeli forces also shot at Palestinian Red Crescent ambulances during the raid. Videos shared online showed the aftermath of their targeting, with several bullet holes showing on the windshield and inside the ambulance.

Share
Previous Stolen data of 600,000 Indians sold on bot markets so far
Next M23 rebels executed over 130 civilians in Congo