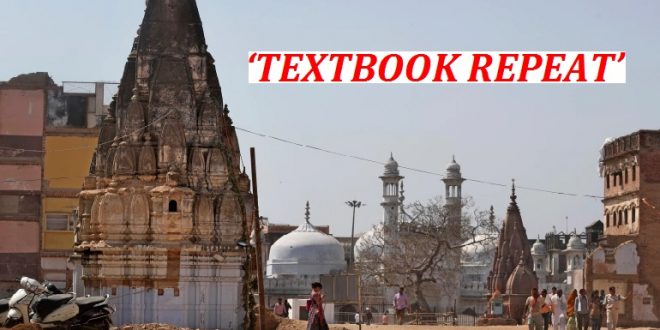 NEW DELHI: India’s Supreme Court has overturned a lower court’s order banning mass prayers at a 17th-century mosque in northern India after a survey team said it found relics of the Hindu god Shiva and other Hindu symbols there. 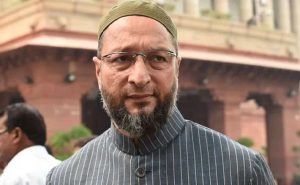 In an interim order on Tuesday, the top court said Muslim prayers at the Gyanvapi Mosque in Uttar Pradesh’s Varanasi should not be disturbed, while the area where Hindu religious relics were said to be found should be protected.

The top court will next hear the matter on Thursday.

The Supreme Court order came a day after a Varanasi court ruled that a portion of Gyanvapi Mosque, said to be built by Mughal emperor Aurangzeb in 1669, be sealed after lawyers representing Hindu plaintiffs claimed a Shivling, a relic of Hindu the god Shiva, was found in the mosque’s ablution water tank.

The Varanasi court had ordered a video survey of the complex last month after five Hindu women sought permission to perform religious rituals in a part of the mosque, claiming a Hindu temple once stood on the site.

Many Hindus hold the view that the Mughals demolished many Hindu temples to construct mosques. 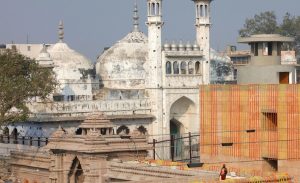 The controversy is reminiscent of the dispute over the Babri Mosque in Uttar Pradesh’s Ayodhya town, 220km (140 miles) away from Varanasi that was demolished in 1992 by a Hindu mob

Hindu groups believed the 16th-century mosque was built by Mughal emperor Babar at the site where Hindu god Ram was born. The mosque’s demolition led to religious riots that killed nearly 2,000 people, mostly Muslims, across India.

In a controversial order in 2019, the Supreme Court allowed Hindus to build a temple at the site while the Sunni Central Waqf Board was given an alternate site 25km (15 miles) away to build a mosque.

The Anjuman Intezamia Masajid Management Committee, a Muslim body managing several mosques including Gyanvapi, has challenged the Varanasi court’s order, stressing that the alleged relic found during the survey is part of a fountain in the ablution water tank. 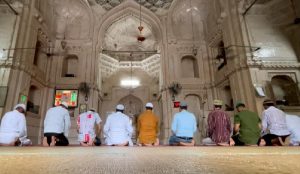 Act, which says “the religious character of a place of worship existing on the 15th day of August 1947 shall continue to be the same as it existed on that day” – the day of India’s independence from the British rule.

A representative of the mosque committee told Al Jazeera the claim of Hindu relics in Gyanvapi is an “attempt to disturb communal peace and harmony”.

“An issue is deliberately being created by many right-wing organisations,” said Syed Mohammad Yaseen. “We hope the Supreme Court gives us justice.”

“This is a textbook repeat of December 1949 in Babri Masjid. This order itself changes the religious nature of the mosque. This is a violation of the 1991 Act. This was my apprehension and it has come true. Gyanvapi Masjid was and will remain a masjid till judgement day,” he wrote on Twitter.

On a cold December night in 1949, Hindu groups, with the help of the district administration in Ayodhya, planted Hindu idols in the Babri Mosque, triggering a dispute over Ram’s birthplace that catapulted the Bharatiya Janata Party (BJP) into political prominence in the 1980s. 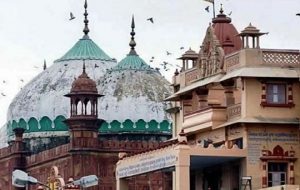 “Basically you have taken away a portion of the mosque and thereby violated the 1991 Religious Worship Act which clearly says the nature and character of a religious place should not be changed. But this lower court has gone against a parliament’s act and also the Supreme Court judgment. How can that be allowed?” Owaisi told Al Jazeera over the phone.

Though Muslims argue that the survey ordered by the Varanasi court is a violation of the 1991 law, the constitutional validity of the legislation itself has been challenged in the top court with at least two petitions pending before it. 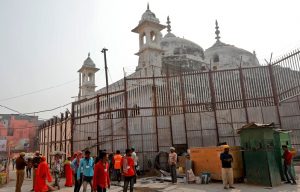 Vishnu Gupta, president of Hindu Sena (Hindu Army), a right-wing Hindu group that has moved the Supreme Court seeking dismissal of the petition filed by the Muslim body against the Varanasi court’s order, said the court acted “very well in accordance with the law”.

“I don’t think anybody should have any objection to the court’s order. It (court) is doing good work. The work is happening properly as per the legal guidelines and under police protection. The Muslim party is trying to create obstacles,” he told media.

Gyanvapi Mosque is not the only Muslim religious site targeted by India’s Hindu groups.

In recent weeks, a campaign against several historical sites, including the iconic Taj Mahal in Uttar Pradesh’s Agra and New Delhi’s Qutub Minar, has intensified, with right-wing Hindu groups claiming them as “Hindu structures”.

Last week, a plea filed by a Hindu man in Uttar Pradesh’s Mathura sought the court’s intervention, “on the lines of Gyanvapi Mosque”, to determine the “existence of Hindu artefacts and ancient religious inscriptions” on the premises of the town’s Shahi Eidgah Mosque. 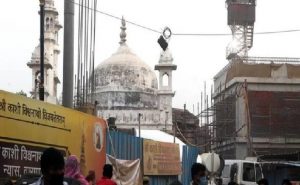 “We suspect that Hindu symbols could be removed inside Shahi Eidgah Mosque, so we want the court to suspend entry of Muslims,” Mahendra Pratap, a lawyer involved in the case, was quoted as saying in the reports.

Last week, the Allahabad High Court in Uttar Pradesh dismissed a petition seeking the formation of a “fact-finding committee” to open 22 locked rooms in the Taj Mahal’s basement to find out the “real history” behind one of the Seven Wonders of the World.

The petition, filed by Dr Rajneesh Singh, media in-charge of the BJP’s Ayodhya unit, claimed the Taj Mahal was a Shiva temple, known as Tejo Mahalaya, before being converted into a mausoleum by the Mughals.

Parliamentarian Owaisi alleged the ruling BJP “wants to remove any cultural history that goes against the Hindutva ideology”, as the Hindu supremacist movement is known as.

“The BJP wants to send out a message to Muslims of India that you should only be Muslims within the confines of your house. Once you come out of your houses, you should be subservient to Hindutva,” he told media.