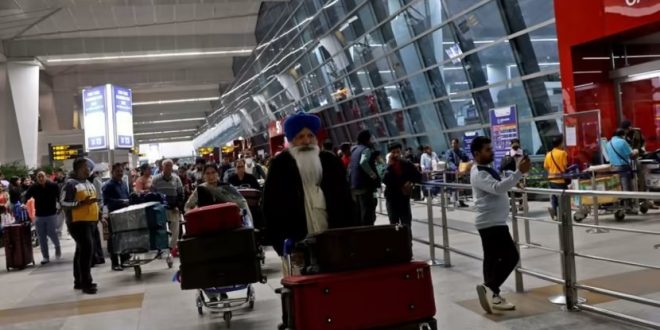 NEW DELHI: India has begun randomly testing international passengers arriving at its airports for COVID-19, the country’s federal health minister has said, citing an increase in cases in neighboring China. 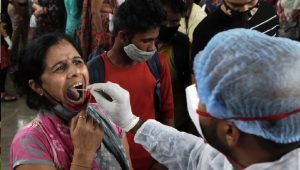 Mansukh Mandaviya announced the new rule in parliament on Thursday, where he also urged state governments to increase surveillance for any new coronavirus variants and send samples of all positive cases to genome sequencing laboratories.

Local media reports said at least four cases of BF.7, the Omicron sub-variant that is driving the current surge in China – have been found in India so far.

Mandaviya asked the public to wear masks and maintain social distancing, even though there are no official mandates for either.

India relaxed its mask-wearing rules earlier this year after coronavirus cases began dropping sharply. It has reported the most COVID-19 cases in the world since the pandemic began, but confirmed infections have fallen sharply in the past few months.

According to health ministry data, India currently has about 3,400 active coronavirus cases, cases have surged in neighboring China since it relaxed its harsh restrictions earlier this month following rare public protests.

Mandaviya said the Indian government has no plans yet to halt flights from countries where new cases have been reported. 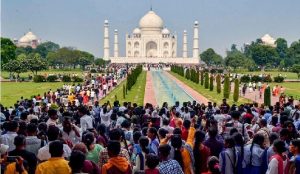 The increase in cases in China has also prompted Indian health experts to issue advisories for the public to wear face masks and receive vaccine booster doses.

On Thursday, India’s top doctors’ body, the Indian Medical Association, appealed to people to wear masks in all public places and get vaccine boosters. It urged people to avoid public gatherings such as weddings, political and social meetings, and international travel.

“As of now, the situation is not alarming and therefore there is no need to panic. Prevention is better than cure,” it said in a statement.

India, a country of nearly 1.4 billion people, has administered more than 2.2 billion COVID-19 vaccine doses, but only 27 percent of the population has received a third booster dose.

Beijing faces a surge in severe COVID-19 cases over the next two weeks, a respiratory expert in China has said, amid global concerns over possible mutations and knock-on effects for the world economy after the recent surprise lifting of China’s strict zero-COVID policies.

The easing of restrictions across China has coincided with a jump in infections experts say will likely gather pace through the winter, with some projections even suggesting China could face more than a million deaths next year, the Reuters news agency has reported. 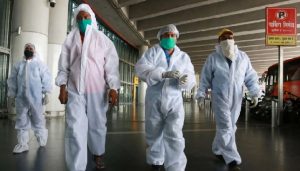 Wang said hospitals should expand ICU beds as a priority and that the COVID-19 peak will likely last until the end of China’s Spring Festival, which will fall on January 22.

COVID-19 cases will then fall off and life should gradually return to normal around the end of February and the beginning of March, Wang said.

After the peak, people must not let their guard down, Wang added, describing the “dire consequences” if the virus were again to transfer between humans and animals. (Int’l News Desk)