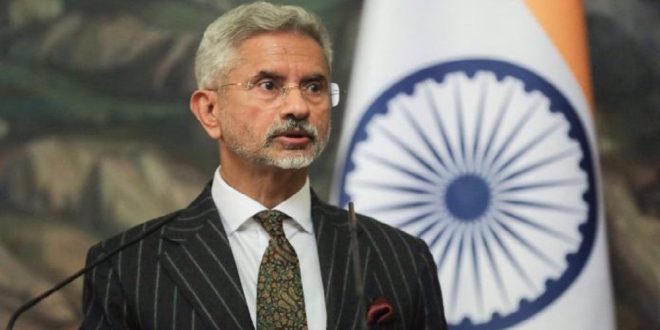 NEW DELHI: India’s foreign minister has said that the country has scaled up troop deployment along a disputed border with China to an unprecedented level. 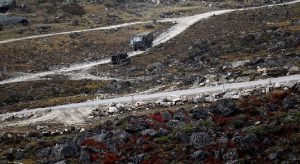 His comments came days after Indian and Chinese forces clashed in a disputed area along the border in Arunachal Pradesh state.

India said that the encounter began due to “encroachment” by Chinese troops.

China’s foreign ministry has said that according to their knowledge, the situation on the border was “generally stable” and the two sides were maintaining dialogue on the issue.

India and China share a disputed 3,440km (2,100 mile) long de facto border – called the Line of Actual Control, or LAC – which is poorly demarcated. Soldiers on either side come face to face at many points, and tensions sometimes escalate into skirmishes or clashes.

Both sides have been trying to de-escalate since a violent brawl in June 2020 in the Galwan Valley in the Ladakh region much further to the west – 20 Indian soldiers and at least four Chinese soldiers died in the battle.

The latest flare-up – the first in more than a year – occurred on 9 December, and resulted in minor injuries to a few soldiers. Both sides immediately disengaged from the area, the Indian army said. 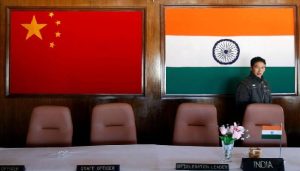 Jaishankar was answering questions about the incident while speaking at an event organized by media company India Today on Monday.

“Today, you have a deployment of the Indian Army on China border that we never had. It is done to counter Chinese aggression. The Indian Army today is deployed to counter any attempt to unilaterally change LAC,” he said.

China hasn’t responded to the comments yet.

The latest clash had led to a political uproar in India last week, with opposition parties walking out of parliament after their demand for an immediate discussion of the border situation was denied.

Rahul Gandhi, leader of India’s main opposition Congress party, has accused the government of ignoring the threat from China, and alleged that the country’s forces were “thrashing” Indian soldiers at the border.

Speaking in parliament on Monday, Jaishankar said that Gandhi’s words “disrespected” Indian soldiers and denied that the government was indifferent to the situation. 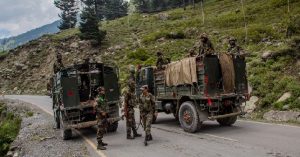 Relations between India and China have been worsening. The two world powers are facing off against each other along their disputed border in the Himalayan region.

What’s the source of tension?

Rivers, lakes and snowcaps along the frontier mean the line can shift, bringing soldiers face to face at many points, sparking a confrontation.

The two nations are also competing to build infrastructure along the border, which is also known as the Line of Actual Control. India’s construction of a new road to a high-altitude air base is seen as one of the main triggers for a deadly 2020 clash with Chinese troops.