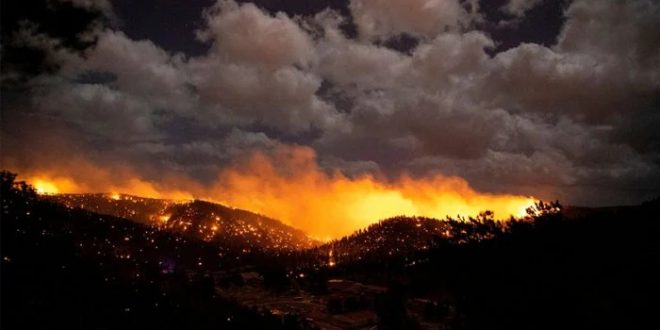 MEXICO CITY: An elderly couple died in their home as they tried to evacuate a wildfire in Ruidoso, New Mexico, that has destroyed hundreds of houses and forced thousands to flee the mountain town, local officials said. 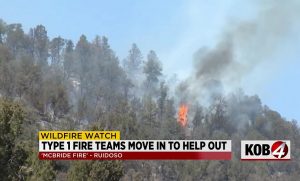 The remains of the couple were found on Thursday at their burned home in northeast Ruidoso after family members told police they attempted to evacuate but were unaccounted for, New Mexico State Police said in a statement.

The couple, who were not identified, were the first reported fatalities of the so-called McBride Fire that has destroyed 207 homes and burned 5,736 acres (2,321 hectares) since it started on Tuesday, according to local officials.

Fanned by spring winds gusting at up to 90 mph (144 kmph), the fire has torn through forested canyons dotted with homes.

Flames surrounded the town’s middle school on three sides on Tuesday as teachers and parents evacuated students, according to social media posts.

The fire burned within a few hundred feet of Ruidoso’s main street, and half a mile from the county hospital, before firefighters were able to block it on Wednesday. 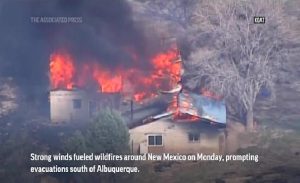 Around 5,000 residents have fled their homes in the resort town in the Sierra Blanca Mountains about 135 miles (217 km) southeast of Albuquerque, according to local officials.

“Firefighters have successfully held the fire from moving further into the town of Ruidoso at this time,” Laura Rabon, a spokeswoman for the Lincoln National Forest, told reporters.

Flames moved to the northeast on Thursday over largely unpopulated mountains and canyons. Wind gusts were expected to drop to 20 mph, aiding air attacks. Another blaze 10 miles (16 km) to the northwest known as the Nogal Fire burned six houses.

Like other southwestern states hit by climate change, New Mexico is suffering an early start to its fire season as blazes race through grassland, while tree-ring research in New Mexico’s Jemez Mountains shows forests have endured their worst drought in 500 years. (Int’l News Desk)