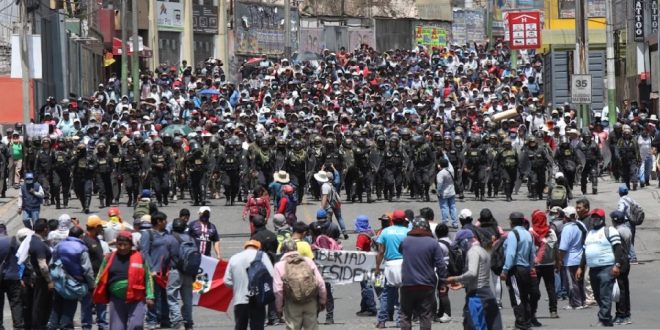 LIMA: Authorities in Peru have held high-level talks to try to resolve a deepening political crisis triggered by the ousting of the former president. 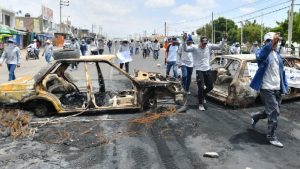 The Council of State, the body made up of representatives of all branches of power, and church leaders had a three-hour meeting in the capital, Lima.

More than 20 people have been killed.

After the meeting on Friday evening, the head of the National Board of Justice, José Ávila, called on Peruvians to avoid violence and engage in peaceful dialogue with the authorities.

He said government ministers would be travelling to the areas where people were protesting, in order to promote such a dialogue.

The new President, Dina Boluarte, gave no statement to the press.

In another development, thousands of tourists are trapped in the south-eastern city of Cusco after protesters forced the local airport to close.

Peru has been through years of political turmoil, with the latest crisis coming to a head when Castillo announced he was dissolving Congress and introducing a state of emergency. 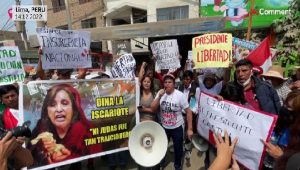 However, his plan backfired and Congress instead voted overwhelmingly to impeach him. Castillo, who is currently in detention, is being investigated on charges of rebellion and conspiracy.

He denies all the accusation, insisting that is still the country’s legitimate president.

Demonstrators are calling for the closure of Congress, the resignation of Ms Boluarte and early elections. On Friday, Congress voted against a proposal to bring elections forward to next year.

Just hours later, Education Minister Patricia Correa said she was stepping down. In a Twitter post on Friday, she wrote that the “death of compatriots has no justification”, and that “state violence cannot be disproportionate and cause death”.

The protests are also affecting the country’s tourism industry. The mayor of Cusco told media that about 5,000 tourists are stranded in the city after the airport there closed when protesters tried to storm the terminal. 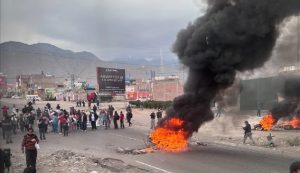 The city is the gateway to Macchu Picchu, an ancient Inca citadel which is visited by hundreds of thousands of people a year.

About 800 tourists are also stuck in the small town at the foot of the mountain where the citadel stands, because the railway line which serves it has stopped running.

Some mostly American and European tourists have reportedly left the town on foot along the train tracks in an attempt to return to Cusco.

Governments in Peru in recent years have been anything but stable.

The country has seen a series of presidents ousted and a number of ex-presidents sent to prison for crimes committed during their time in office.

In one memorable week in 2020, the country had three presidents in the space of only five days but even by Peru’s standards, what happened on 7 December and the week which followed was jaw-dropping both because of the speed with which events unfolded and their consequences. (Int’l Monitoring Desk)