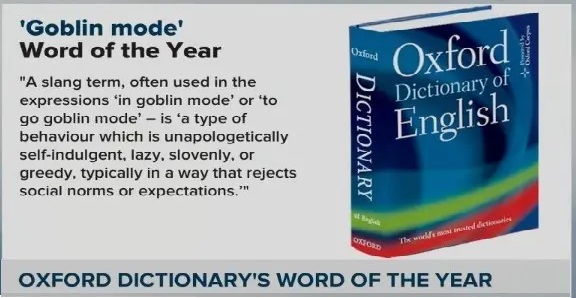 ‘Goblin mode’ is Oxford Dictionaries’ 2022 word of the year

LONDON: A year ago, the lexicographic grandees at Oxford Languages dutifully stuck out their arms and chose “vax” as the 2021 Word of the Year but this year, the venerable publisher behind the Oxford English Dictionary has like the rest of us, apparently gone full goblin mode. 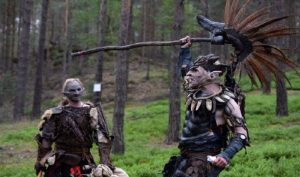 “Goblin mode”, a slang term referring to “a type of behavior which is unapologetically self-indulgent, lazy, slovenly, or greedy, typically in a way that rejects social norms or expectations” has been named Oxford’s 2022 Word of the Year.

Yes, you read that right. Following a landslide online popular vote, an in-joke that surged to prominence thanks to a satirical viral tweet involving an actress, a rapper and a doctored headline has been named 2022’s One Word to Rule Them All.

“New words catch on when they capture our imagination, or fill a hole with a word for a concept we need to express,” Katherine Connor Martin, product director at Oxford Languages, said in a telephone interview. “What ‘goblin mode’ tells me is it resonated with the feeling that the pandemic is over, but we’re still grappling with it. Do we want to go back to the notions of respectability of the pre-pandemic world?”

The Word of the Year is based on usage evidence drawn from Oxford’s continually updated corpus of more than 19 billion words, gathered from news sources across the English-speaking world. The selection, according to Oxford, is meant “to reflect the ethos, mood or preoccupations” of the preceding year, while also having “potential as a term of lasting cultural significance.” 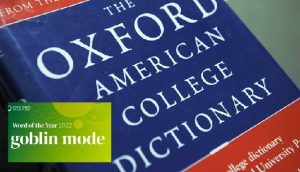 Normally, Oxford’s lexicographers assemble a list of words that had a statistically relevant surge, then choose one. This year, they took a more populist approach, announcing a short list of three, “goblin mode,” “#IStandWith” and “metaverse” and then throwing it to a two-week online public vote.

“Having a group of people in Oxford choose it always felt weirdly undemocratic,” Martin said. “And this year, when people are talking about democracy as a thing that might be under threat, it didn’t feel like the right approach.”

The inclusion of “goblin mode” drew some consternation, as the Not Very Online went scrambling to Google. But for some, it was the clear winner or at least the littlest of three evils.

In a passionate appeal, the website PC Gamer urged people to “put aside our petty differences and vote for ‘goblin mode,’” if only to thwart the milquetoast-y “#IStandWith” and the downright evil “metaverse.”

“Go vote for taking care of yourself and having joy in rejection of society’s stifling norms,” the website urged. Because “the metaverse that CEOs want to sell you is awful.” 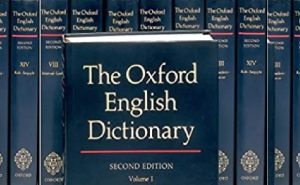 The internet obeyed, delivering a whopping 93 percent of the more than 340,000 votes cast to “goblin mode.” “Metaverse” was the runner-up, with 4 percent.

The precise origins of “goblin mode” are murky. It popped up on Twitter as early as 2009, according to Oxford, but it went viral last spring, thanks to a satirical tweet featuring a fake news headline that quoted the actress Julia Fox saying that she and Kanye West broke up because he didn’t like it when she “went goblin mode.” (Fox later posted a denial on Instagram Stories, saying: “Just for the record, I have never used the phrase ‘goblin mode.’”)

The phrase, Martin said, reflects the influence of the language of gaming. “Goblin mode” may be new, but “beast mode,” she said, goes back farther, with some tracing it to the 1988 Sega video game Altered Beast. (Int’l Monitoring Desk)