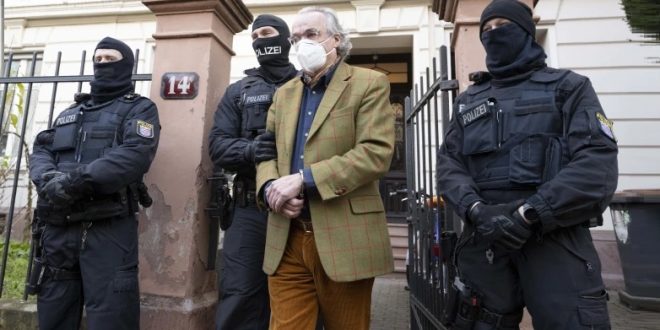 BERLIN: In raids across the country, German police have arrested 25 suspected members and supporters of a far-right group who were allegedly seeking to overthrow the state by force, according to the federal prosecutor’s office. 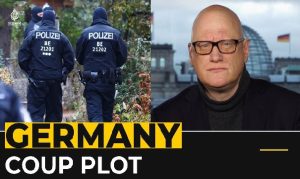 About 3,000 officers conducted the raids on Wednesday at 130 sites across 11 German federal states against adherents of the so-called Reich Citizens (Reichsbuerger) movement.

Prosecutors said members of the movement were suspected of “having made concrete preparations to violently force their way into the German parliament with a small armed group”.

They added that 22 arrested individuals were German citizens and were detained on suspicion of “membership in a terrorist organization” while three others allegedly supported the organization, including a Russian citizen.

Journalist Dominic Kane, reporting from Berlin, said that those involved in the plot were “heavily armed”.

“It is suggested that these people have believed that there is a deep state operating in Germany, which is antithetical to Germany’s interests and that this Russian national with others may have tried to approach the Russian Federation for some assistance,” he said.

“It is not known what sort of contact they had and what happened from those contacts if indeed they happened.”

The Kremlin said later on Wednesday there could be no question of any Russian involvement in the coup plot. 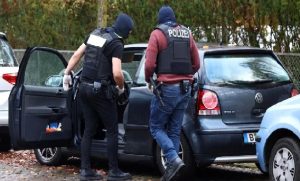 This appears to be a German internal problem,” spokesman Dmitry Peskov told reporters. “There can be no question of any Russian interference.”

Some of the group members reject the postwar constitution and call for replacing the elected government with their own. They do not exclude violence against the state as a means of achieving their goal.

The weekly magazine Der Spiegel reported that one of the raided locations included the barracks of Germany’s Special Forces unit KSK in the southwestern town of Calw.

In the past, the KSK has been investigated over alleged far-right involvement by some of its soldiers. But federal prosecutors declined to confirm or deny that the barracks were searched.

Other suspects were arrested in the states of Baden-Wuerttemberg, Bavaria, Berlin, Hesse, Lower Saxony, Saxony, and Thuringia, as well as in neighboring Austria and Italy, according to the prosecutor’s office.

Prosecutors said the suspects have been preparing to carry out their goal since the end of November 2021 as they were aware that it could only be achieved with force. 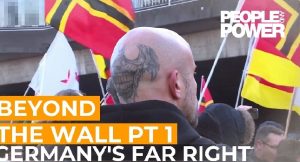 They also identified the suspected ringleaders as Heinrich XIII P. R. and Rudiger v. P. who are accused of establishing a “terrorist organization with the goal of overturning the existing state order in Germany and replace it with their own form of state, which was already in the course of being founded”.

There has been a worrying rise of far-right ideology in Germany in the last few years.

In May, the Federal Ministry of the Interior reported that 327 employees of Germany’s federal and state security authorities have been found to have links to hardline right-wing ideology over a three-year period.

At least nine people were shot and killed in February 2020 by an attacker with suspected far-right links in Hanau. (Int’l Monitoring Desk)