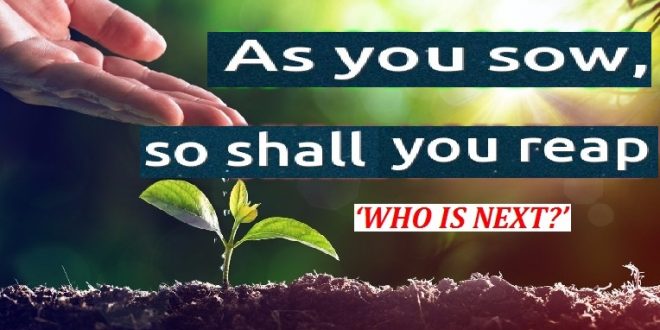 Fear spreads in US Muslim community amid target killings 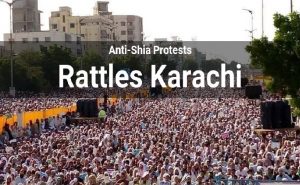 NEW MEXICO/ WASHINGTON/ KARACHI: A phrase ‘as you sow…sow shall you reap!’ describes simply, what is “target killing”, who does it, how it happens and who becomes the victim as it has been started in America and other countries of the world like continues in Pakistan, Afghanistan, Iraq, Syria, Lebanon, Kuwait, Yemen, Saudi Arabia and many other regions globally and if someone wants to know it, he/ she should study under the topics of “Shia target killing”, “Shia genocide”, “anti-Shia Terrorism” and “battle in-between Hussainis & Yazeedis” which is continued since last 1400 years (incident of Karbala), but neither the world especially British & Australian authorities are not ready to accept it (Shia Target Killing & presence of Taliban, al-Qaeda, LeJ, ISIS/ ISIL and dozens of other types of anti-Shia terror organizations in Pakistan) nor they try to understand this ‘world’s most sour reality’, and if the situation and mindset remain same, the days are not far away when the world would have to face the same situation (religious, sectarian, cultural, linguistic, ethnic and facial target killing and genocide of different communities) while the Australia will become the first country of the world that will ultimately destroy just after first or second shock because neither the nation nor the authorities are able to afford this condition, experts told PMI. 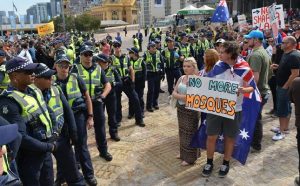 A series of killings of Muslim men in New Mexico has sent a wave of fear through Muslim communities across the United States.

Authorities identified the fourth victim on Monday, and have not ruled out the possibility that the murders of several Muslim men in the city of Albuquerque could be linked.

Three of the killings happened in the last week, and authorities have said that the race and religion of the victims were common factors. “Investigators believe Friday’s murder may be connected to three recent murders of Muslim men also from South Asia,” police said. Police have asked residents to help find a vehicle they believe is connected to the killings.

“I am angered and saddened by the horrific killings of four Muslim men in Albuquerque,” Biden said on Twitter on Sunday. “While we await a full investigation, my prayers are with the victims’ families, and my administration stands strongly with the Muslim community. These hateful attacks have no place in America.” 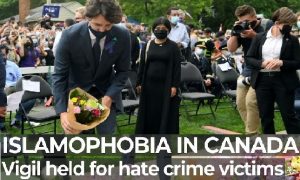 Naeem Hussain was killed Friday night, and ambush shootings have killed three other Muslim men in the last nine months. The murders have become a source of fear for Muslims throughout the US, who have faced racism, discrimination, and violence.

“The fact the suspect remains at large is terrifying,” Debbie Almontaser, a Muslim community leader in New York, wrote on Twitter. “Who is next?!”

Hussain, 25, was from Pakistan. His death came shortly after those of Muhammad Afzaal Hussain, 27, and Aftab Hussein, 41, who were also from Pakistan and members of the same mosque.

The earliest case took place in November and involved the killing of Mohammad Ahmadi, 62, from Afghanistan.

Aneela Abad, general secretary at the Islamic Center of New Mexico, said the community was “completely shocked” by the killings, and Islamic community centres have increased security. 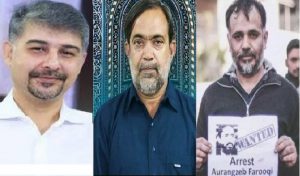 Edward Ahmed Mitchell, deputy director of the Muslim civil rights group Council on American-Islamic Relations (CAIR), has said that Muslim communities in the US will respond to the killings with “vigilance, increased caution, resilience”.

CAIR has offered a $10,000 reward to the person who provides information to law enforcement leading to the arrest of the killer.

The same vehicle is suspected of being used in all four homicides, a dark grey or silver four-door Volkswagen that appears to be a Jetta or Passat with tinted windows, according to police. Authorities released photos asking people to help identify the car and offered a $20,000 reward for information leading to an arrest.

“We have a very, very strong link,” Albuquerque Mayor Tim Keller said Sunday. “We have a vehicle of interest … We have got to find this vehicle.” 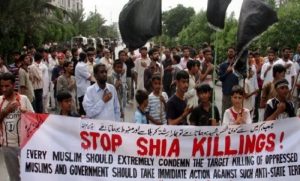 The state’s governor Michelle Lujan Grisham said in a statement on August 6 that additional law enforcement resources were being made available for the investigation.

“We will not stop in our pursuit of justice for the victims and their families and are bringing every resource to bear to apprehend the killer or killers,” the statement said. “And we WILL find them.”

Lujan Grisham also offered support to the state’s Muslim community. “We will continue to do everything we can to support the Muslim community of Albuquerque and greater New Mexico during this difficult time,” she said. “You are New Mexicans, you are welcomed here, and we stand with you.”