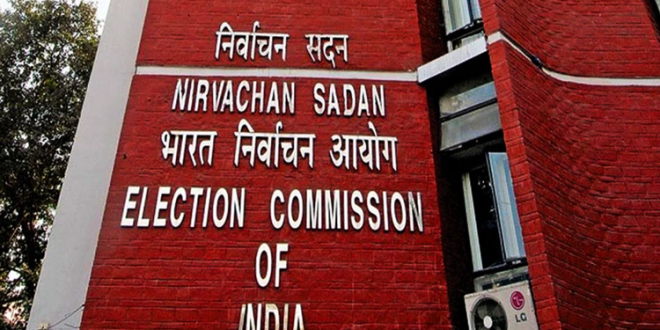 The Election Commission held a meeting of central observers in New Delhi on Thursday as part of preparations for the upcoming Lok Sabha polls.

The meeting was held to brief them about their roles and responsibilities during election duty.

This is the first such meeting since election dates were declared earlier this month.

The observers are drawn from various central services, such as the Indian Revenue Service, the Indian Administrative Service and the Indian Police Service.

They are considered to be on EC duty till the elections process ends.