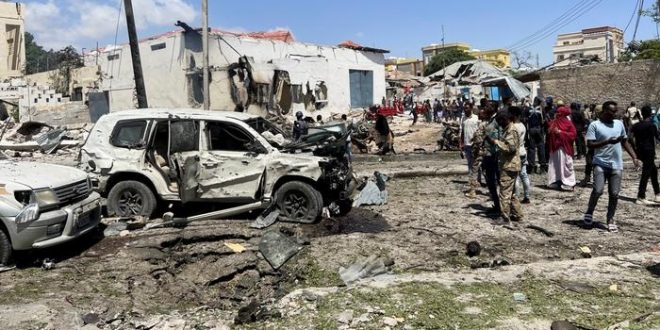 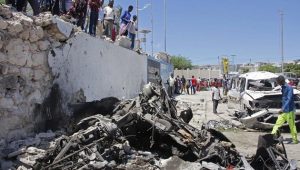 The armed group launched the attack in the Hiran area in the semi-autonomous state of Hirshabelle in central Somalia. The trucks were transporting food supplies from Baladweyne city to Mahas town, residents said on Saturday.

“The terrorists massacred innocent civilians who were travelling … last night. We don’t have the exact number of victims, but 39 dead bodies have been collected,” local clan elder Abdulahi Hared told media.

“The dead bodies are still being collected, including women and children. They could be more than 40,” said Ali Jeyte, the governor of the Hiran region where the attack happened.

State news agency Sonna reported that al-Shabab fighters set fire to the trucks and “killed most of the people on board the vehicles”.

Al-Shabab in a statement said they targeted fighters from a local sub-clan that recently helped government forces and that they killed 33 “militiamen and those who were transporting material for them”, destroying nine of their vehicles.

The al-Qaeda-linked group has battled Somalia’s central government for more than a decade. It wants to establish its own rule based on a strict interpretation of Islamic law. 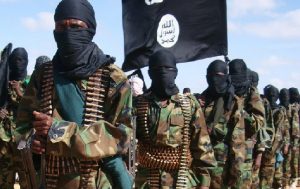 The group frequently launches bombings, gun assaults and other attacks on military and civilian targets.

Last month more than 20 people were killed in an attack in which al-Shabab fighters stormed the Hayat Hotel in Mogadishu, triggering a 30-hour battle as government troops sought to end the siege and free hostages.

Hamza Abdi Barre also called on Monday for Somalis to unite against the al-Qaeda-linked group, which has been waging a bloody rebellion in the Horn of Africa nation for more than 15 years.

“There will be accountability in the government… Anyone who neglected the responsibility he was entrusted with will be held accountable,” Barre told reporters.

“There is only one of two choices here: we either allow al-Shabab – the children of hell to live; or we live. We cannot live together,” said Barre, appointed prime minister in June. 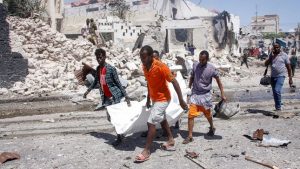 He was speaking after visiting a hospital treating victims of the bomb-and-gun attack on the Hayat Hotel, which the health ministry said killed 21 people and wounded 117 others.

Authorities said more than 100 people, including women and children, were rescued during the siege.

The 30-hour siege was the deadliest attack in Mogadishu since President Hassan Sheikh Mohamud was elected in May after a protracted political crisis.

Al-Shabab fighters stormed the hotel on Friday evening with the siege only ending on Saturday night after security forces bombarded the building, leaving much of it in ruins.

The Hayat was a favoured meeting spot for government officials, and crowds were inside when a suicide bomber triggered an enormous blast, opening a way into the site for heavily armed gunmen.