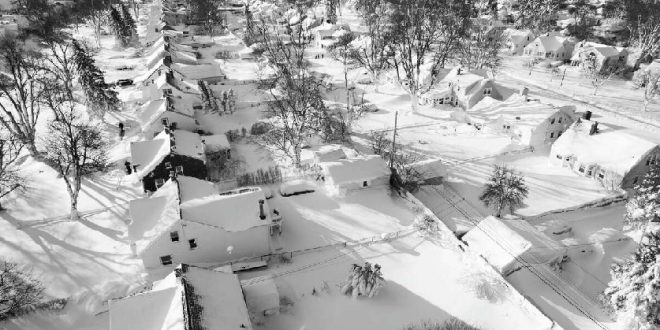 Death toll rises after ‘blizzard of the century’ blankets US

NEW YORK: The death toll from a devastating winter blizzard that left much of the United States in a deep freeze has risen to at least 25 in a hard-hit region of western New York state, authorities said, as tens of thousands remain without power. 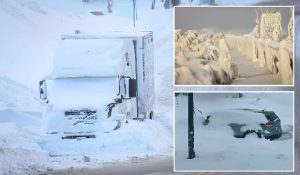 During a news conference on Monday, Erie County executive Mark Poloncarz said at least 25 people had died there as a result of the storm, which pummeled the area during the Christmas holiday weekend.

The entire county, which includes the city of Buffalo and is home to approximately 950,000 people, remained under a state of emergency, Poloncarz told reporters. He added that a driving ban also is still in place for Buffalo because the city is “impassable in most areas”.

“This is a horrible situation,” he said, explaining that storm-related deaths increased by 12 overnight, including cases of people who were found in snow banks or in their cars, or who died from cardiac events while ploughing or blowing snow.

“The ferocity of the storm was worse than the blizzard of ’77,” said Poloncarz, referring to a three-day storm that killed nearly 30 people decades ago.

The weekend storm which New York Governor Kathy Hochul said would go down in history as “the Blizzard of ’22” and “the blizzard of the century” now has been blamed for at least 48 deaths across the US. 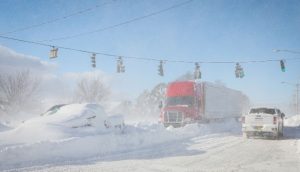 The blizzard stranded motorists, knocked electricity out for thousands of people and made it difficult for emergency crews to reach residents trapped in their cars and homes.

Ditjak Ilunga of Gaithersburg, Maryland, was on his way to visit relatives in Hamilton, Ontario, for Christmas with his daughters on Friday when their SUV became trapped in Buffalo, the second-largest city in the state.

Unable to get help, they spent hours with the engine running, buffeted by wind and nearly buried in snow.

By 4am (09:00 GMT) Saturday, and their fuel nearly empty, Ilunga made a desperate choice to risk the howling storm to reach a nearby shelter. He carried his six-year-old daughter Destiny on his back, while 16-year-old Cindy clutched their Pomeranian puppy, following his footprints through drifts. (Int’l News Desk)