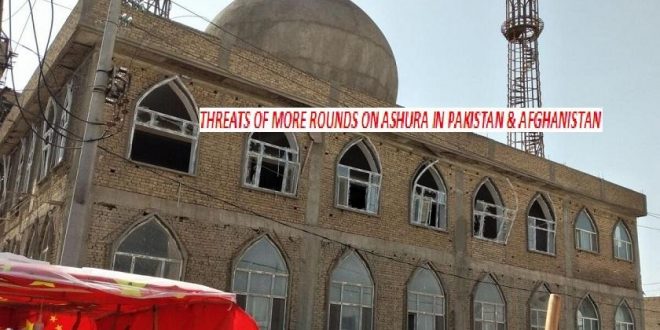 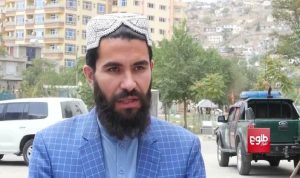 KABUL/ ISLAMABAD: A bomb had exploded in a western district of the Afghanistan’s capital Kabul where members of the minority Shia community regularly meet. Daesh (also known as ISIS/ ISIL/ Taliban) claimed responsibility for the attack, the group said on its Telegram channel.

A senior medical officer at a private hospital said at least eight Shia people martyred and 22 were wounded.

An Interior Ministry spokesman said an investigation team was at the blast site to help the wounded and assess casualties.

Video footage posted online showed ambulances rushing to the scene, which is also near bus stations. 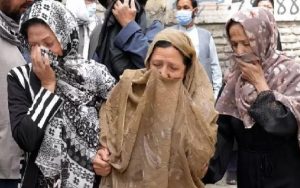 The attack came ahead of Ashura, a commemoration of the martyrdom of Hazrat Imam Hussein (Alaihiss Salam-AS), a grandson of the Prophet Hazrat Muhammad Mustafa (Peace Be Upon Him/ PBUH), which is marked mainly by the minority group.

Daesh does not control any territory in Afghanistan but does have deadly sleeper cells that have been targeting religious minorities in the country as well as Taliban patrols.

Taliban authorities, who took over Afghanistan in August last year after a two-decade insurgency, have said they would provide more protection for minority mosques and other facilities.

Sayed Kazum Hojat, a religious scholar in Kabul, said the Taliban government had ramped up security ahead of Ashura but should improve vigilance for any threats.

No up-to-date census data exists, but estimates put the size of Afghanistan’s minority community at between 10-20% of the 39 million population, including Persian-speaking Tajiks and Pashtuns as well as Hazaras. 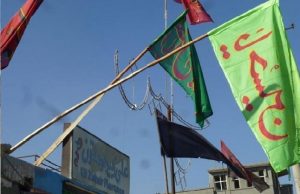 Daesh threatened for more terror attacks in Pakistan and Afghanistan during 9th and 10th Muharram (Ashura processions, Majalis and gatherings like they (Taliban/ Daesh/ ISIS/ ISIL, Al-Qaeda, Boko Haram, Lashkar-e-Jhangvi, Sipah-e-Sahaba, ASWJ and many other anti-Shia organizations those also knwn as Yazeedis means anti-Hussanis) as they have been attacking Shias during Muharram (especially) across the world under the direct or indirect supervisions of States, sources told Press Media of India (PMI).

Almost 3.7-million Shias (including men & women) have been martyred, tortured, kidnapped and missed during the last thirty (30) years in Asian mainly in Pakistan, Iraq, Afghanistan, Syria, Lebanon, Yemen, Kuwait, Bahrain, Saudi Arabia while as many as 2.2-million Shias counting children have been killed and wounded in African, American, European and Arab countries but none of one in both private or governmental sector is ready to stop this terrorism against Shia Muslims even world still could not realize the situation that what has happened yet, what is being happening and what will be in future, sources added.