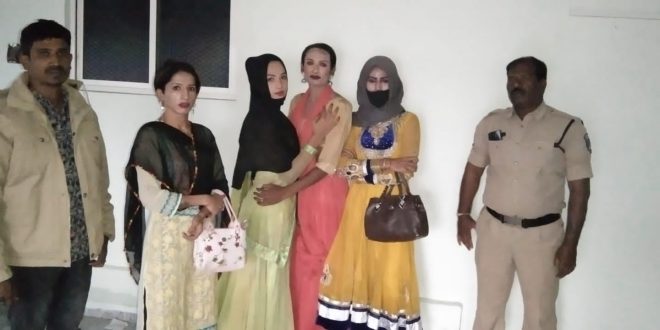 Hyderabad, Nov.6 (PMI): Today early hours at about 3 am SOT Shamshabad team raided Saleem Farm house on the outskirts of Narkuda village, where in one Mujra party was going on and apprehended 48 members, four hijras/eunuchs and seized four knives, five hukkah pots and 49 mobile phones.

The farm house belongs to one ex-rowdy sheet Baba Khan of Mailardevpally PS, who was organizing a Muzra party to his friends at his farm house in view of closing of his rowdy sheet recently. In the party four rowdy sheets of Mailardevpally (Yaseen, Mahaboob, Azhar and Sohail) also participated. The accused were handed over to Shamshabad PS for necessary action. (PMI)