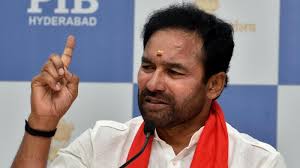 Hyderabad, Jan.25 (PMI): Union Minister of Tourism and Culture G. Kishan Reddy today alleged that Chief Minister  K Chandrasekhar Rao wanted to have a conflicting relationship with the Central government as he was scared that he would not be able to make his son KTR as the next CM of Telangana. He said that the Telangana was witnessing a situation wherein it had become necessary for people to approach the high court of the state to hold republic day celebrations. Making it clear that some rules have to be followed irrespective of whoever is in power, he called upon the people of the state to teach befitting lesson to extra-constitutional forces of Telangana.

Speaking to media persons in Delhi, Reddy mocked that the state government had achieved nothing while citing that non-submission of any proposal of the state government for taking part in republic day parade in New Delhi. Making it clear that governors and CMs used to have differences of opinions in the past as well, he made it clear no CM of the country behaved in such a degrading manner with the governor of the state like CM KCR.

High Court verdict is a slap for KCR: K. Laxman 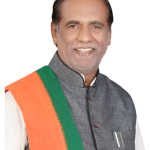 Meanwhile, BJP Rajya Sabha MP Dr. K. Laxman  has welcomed the verdict of the High Court of the state over the organisation of Republic Day celebrations in Telangana and added that it was a slap on the face of the CM. Stating that the HC has asked the government to hold the Republic Day celebrations in a befitting manner, he asked KCR to learn a lesson from the verdict of the high court.

He said that the CM had cited corona virus to support his decision to not hold the republic day celebrations in a grand manner. He told the CM that the people of the state were carefully observing the cheap politics of the CM and added that they would teach a befitting lesson to KCR at the right time. (PMI)