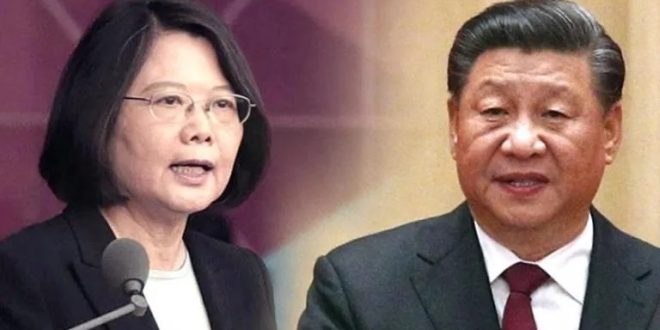 BEIJING/ TAIPEI: China has renewed its longstanding threat to attack Taiwan and warned that foreign politicians who interact with the self-governing island are “playing with fire”.

A spokesperson for China’s Taiwan Affairs Office said on Wednesday that Beijing was recommitted in the New Year to “safeguarding sovereignty and territorial integrity” and “smashing plots for Taiwan independence”. 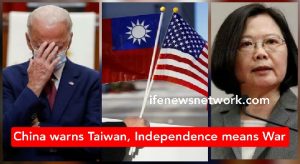 “The malicious support for Taiwan independence among anti-China elements in a few foreign countries are a deliberate provocation,” the spokesperson, Ma Xiaoguang, said at a biweekly news conference.

“We call on the relevant countries to … cease sending the wrong signals to Taiwan independence separatist forces and cease playing with fire on the question of Taiwan,” Ma said.

China views Taiwan, a self-governing democracy that separated from mainland China in 1949 as Chinese territory that must be brought under Beijing’s control, and by force if necessary.

China’s state-run Global Times newspaper tweeted the Taiwan Affairs Office warning that Taiwan’s “‘secession’ is doomed to fail” and that Taiwan’s independence “is an act waiting to be punished”.

High-profile visits to Taiwan in recent months by foreign politicians, including then-US House Speaker Nancy Pelosi and numerous politicians from the European Union, have angered Beijing and spurred huge military exercises around the Island by Chinese forces, which Taipei views as a rehearsal for invasion.

At the end of December, China sent a record 71 planes and seven ships towards Taiwan, the largest such exercise in 2022. 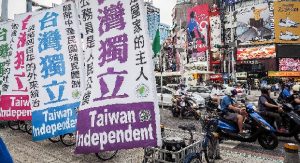 This week, Taiwan’s military is staging its own military drills intended to reassure the public of its ability to counter China’s threats.

“The most important thing is to maintain the safety of our airspace and national security,” air force Lieutenant Colonel Wu Bong-yeng told reporters at Hsinchu Air Base just south of the capital, Taipei.

The defence drills coincided with a visit to Taiwan by German and Lithuanian legislators, and Taiwan President Tsai Ing-wen said the visit demonstrated Berlin’s support for the island.

Leading the 10-person German delegation, Marie-Agnes Strack-Zimmerman who is also the Bundestag’s defence committee chairperson said Russia’s war in Ukraine necessitated the visit to Taiwan as it was “a huge wake-up call” not only for Europe and Germany but also for the whole world.

“Now we could see what happened in Ukraine… It affects the whole world,” Strack-Zimmerman said in Taiwan.

“That’s the reason why we come to your country,” she said.

Earlier, Taiwan has accused the Chinese army of simulating an attack on its main island, as Beijing continued the large-scale military drills it began in response to US House Speaker Nancy Pelosi’s visit to Taipei. 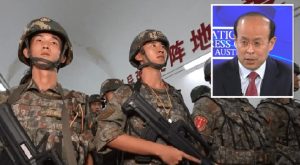 The People’s Liberation Army (PLA) sent “multiple” warships and aircraft into the Taiwan Strait on Saturday, Taiwan’s Ministry of National Defense said in a statement.

The ministry said it had also fired flares on Friday night to warn off seven drones flying over the Kinmen islands just off China’s eastern coast, and to warn unidentified aircraft that were flying over its outlying Matsu islands.

“Multiple PLA craft were detected around the Taiwan Strait, some have crossed the median line,” the ministry said on Twitter, referring to a demarcation line that runs down the Taiwan Strait and that Beijing does not recognise.

China’s state media have sought to frame the drills as a war plan rehearsal since they began earlier this week, and said the military got close enough on Friday to visually confirm the island’s coastline and mountain ranges.

“Today, my comrades-in-arms and I were ordered to conduct a close-in deterrence mission, in which we looked down at the coastline and the Central Mountain Range of the Taiwan Island within visual range,” Hou Hong, a pilot at a brigade attached to the PLA Eastern Theater Command Air Force told the state-run Global Times. 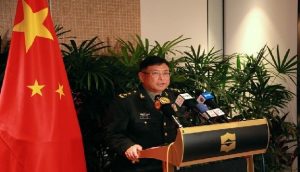 Beijing claims self-ruled Taiwan as its own and has not ruled out the use of force to take control of the island.

The United States, while maintaining formal diplomatic ties with Beijing, has long followed a policy of “strategic ambiguity” on Taiwan and is bound by law to provide Taipei with the means to defend itself.

Relations between Beijing and Washington were already strained – over issues from trade, to the treatment of the mostly Muslim Uighurs and Hong Kong – but the situation has deteriorated further with the visit of Pelosi, who is the highest-profile US official to visit Taiwan in decades. (Int’l Monitoring Desk)