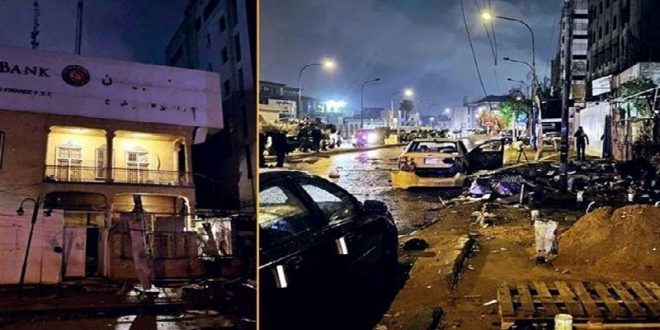 BAGHDAD: Two explosions rocked the commercial district of Karrada in the center of the Iraqi capital Baghdad. 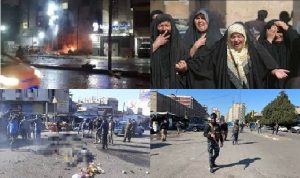 The explosive attacks happened at around 10:00 p.m. local time on Sunday, according to local media that said at least two people were injured in the attacks.

“Security forces are opening an investigation into two simultaneous incidents in the Karrada district of Baghdad that occurred this evening,” Iraq’s security media cell stated in a post on Twitter, noting the first explosion was a sound bomb at Cihan Bank near the National Theater, and the second targeted Kurdistan Bank in al-Wathiq square.

The sites appeared to have sustained material damage in the attacks. (Int’l News Desk)