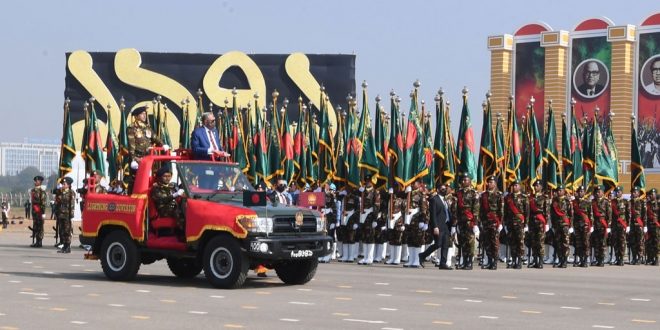 DHAKA: Bangladesh has marked 50 years of victory over Pakistan in a bloody war for independence by hosting a military parade with the Indian president as a guest of honour.

Huge crowds paid tribute to Bangladesh’s war heroes in the capital Dhaka and other cities on Thursday.

Veterans who lost their limbs in the war laid wreaths, watched by thousands of solemn observers, at the National Martyrs’ Memorial, a concrete monument near Dhaka symbolising the campaign against Pakistani rule. 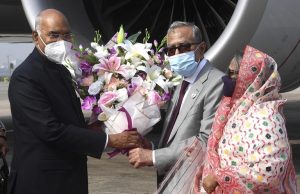 Women across the country wore saris of green and red, matching the national flag, as they watched concerts where musicians performed patriotic songs.

The war began on March 26 and continued for nine months, killing as many as three million people, before victory was declared in December, aided by India under then-Prime Minister Indira Gandhi.

Thursday’s celebrations were attended by Indian President Ram Nath Kovind, who was on a two-day visit to the Muslim-majority country.

Arindam Bagchi, a spokesman for the Indian Ministry of External Affairs, said the two leaders discussed issues of interest, including connectivity and trade, cooperation in the fight against COVID-19 and development partnerships. 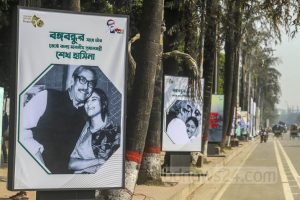 “In 10 years, we will see very changed and different countries. We are looking at green technologies, renewables in this era of climate change to create employment, IT and digital platforms, startups,” said India’s Foreign Secretary Harsh Vardhan Shringla.

Bangladesh has held celebrations throughout the year to mark the golden anniversary of its independence, though some events were called off because of the coronavirus pandemic.

Indian Prime Minister Narendra Modi was the guest of honour in March to mark the outbreak of the conflict, a recognition of his country’s crucial aid and support at the time.

“I recall the great valour and sacrifice by … the Indian Armed Forces,” Modi, who laid a wreath in New Delhi to mark the anniversary, tweeted on Thursday.

“Together, we fought and defeated oppressive forces.” (Int’l News Desk)