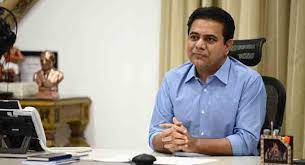 Bahadurpura flyover to be inaugurated today

Hyderabad, April 18 (Press media of india):  IT and Industries Minister KT Rama Rao will inaugurate the Bahadurpura flyover in the city on Tuesday.

The date of inauguration was announced by the Minister on Twitter.

Built at an estimated cost of Rs.69 crore, the flyover has six lanes. It will help ease traffic congestion in the area and minimise the travel time. Vehicles coming from Aramghar and going towards LB Nagar can travel with ease and less hassle.

The Greater Hyderabad Municipal Corporation (GHMC) has constructed the flyover as part of the Strategic Road Development Plan and this 690-metre flyover will bring much needed relief to commuters moving in different directions via the busy Bahadurpura Junction and to the people visiting the Nehru Zoological Park. To avoid water logging, a drainage system has also been constructed on both sides of the road.

To build the flyover, 45 properties were acquired and Telangana State Southern Power Distribution utilities had to be shifted.(PMI)