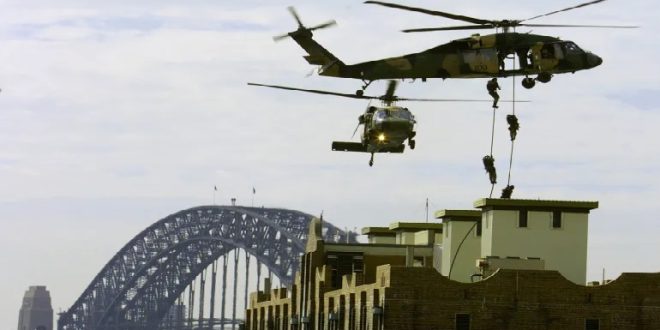 Australia to spend $2bn on fleet of US Black Hawk helicopters

CANBERRA: Australia has announced it will ditch its fleet of European-designed Taipan military helicopters a decade earlier than scheduled, replacing them with 40 Black Hawk choppers from the United States at an estimated cost of 2.8 billion Australian dollars ($1.97bn). 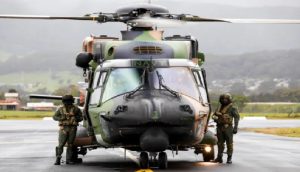 “We’ve just not got the flying hours out of the Taipan that we would need,” Marles told ABC News. “We’re confident that we can get that from the Black Hawks. It’s a platform we’re familiar with.”

The French government has a significant stake in Airbus, the European aerospace company that manufactures the Taipans and Paris had been urging Australia to keep its 40-strong fleet.

Marles said he had spoken with his French counterpart several times and was confident the US helicopter deal “won’t interrupt” the renewed relationship with France.

In a statement, Airbus said it “acknowledges” the decision and that Australia remained a key market for the company.

Dropping the Taipans comes as relations between Paris and Canberra had warmed following Australia’s decision in 2021 to ditch French-made submarines for nuclear subs to be built by the United States and the United Kingdom. 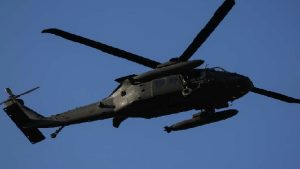 The shock move by Australia’s then-conservative government to abruptly rip up the 90-billion-dollar ($62bn) agreement with France for the provision of submarines sparked a bitter diplomatic dispute and relations plummeted.

At the height of the controversy, French President Emmanuel Macron accused Australia’s then-Prime Minister Scott Morrison of lying about the deal, and Paris recalled its ambassador from Canberra.

Marles said he was confident that the helicopter deal would not damage relations with France, which had been somewhat repaired since the submarine row.

“The most important thing here is dealing with the French in an honest way,” he told national broadcaster ABC.

The acquisition of Black Hawks comes as Australia moves to boost defence spending amid China stepping up its presence in the Indo-Pacific region.

“This acquisition will mean we can continue to defend Australia and respond in times of need in a safe and effective way for years to come,” King told ABC News. 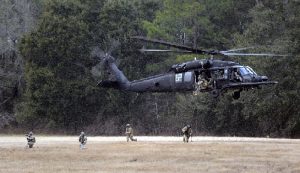 Earlier, Australia has announced that more US troops will rotate through the island nation and that the allies will cooperate on missile development, the latest joint steps amid shared concerns about China’s increasing assertiveness in the region.

Australia earlier announced a three-way alliance with the United States and Britain in which Canberra will acquire nuclear-powered submarines, enraging France whose own key contract for conventional submarines was scrapped.

Outlining further measures on a visit to Washington, Defence Minister Peter Dutton said on Thursday that Australia will be “significantly enhancing” cooperation including working together on the development of missiles and explosive ordnance.

He said Australia was willing to see more US Marines in a 10-year rotation through the northern city of Darwin.