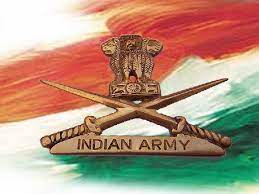 News Delhi;;The Army today issued a statement denying a media report that claimed Indian and Chinese forces had clashed in Ladakh. The Army said, ever since the disengagement agreement in February this year, there has been no attempt by either side to occupy the areas from where the disengagement had been undertaken.

The Army clarified there have been no clashes in Galwan or any other area, as reported in an article in an English daily. The Army said, both sides have continued with negotiations to resolve balance issues, and regular patrolling in respective areas continues. The Army statement said, the situation on ground continues to be as hithertofore and PLA activities, including turnover of troops, continue to be monitored by Indian Army.