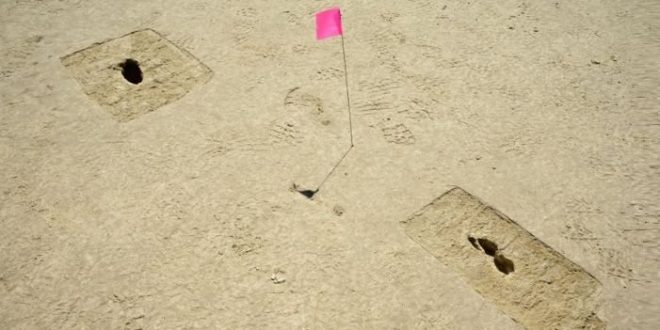 LONDON: In the salt field of the Utah desert, archaeologists accidentally found “ghost footprints”. They are given the name because the tracks appear only after it rains. As soon as the land dries out, the prints disappear. 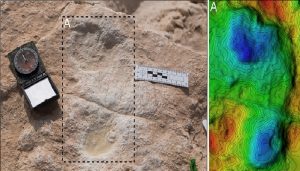 Scientists bumped into the prints in Early July while driving to an archaeological site at Hill Air Force Base in Utah’s Great Salt Lake Desert, Live Science reported.

While initially they only found a few prints, a thorough investigation through ground-penetrating radar (GPR) showed that the footprints belonged to at least 88 different men and women of different ages.

The prints were found to be at least 10,000 years old. The cultural resource manager of the site Anya Kitterman said it was a once-in-a-lifetime-find.

Researchers say that the prints are from the time when the desert was a vast wetland. It appears that people were walking in shallow water and sand quickly filled the prints they left behind “but under the sand was a layer of mud that kept the print intact after infilling,” said lead researcher Daron Duke.

Nearly a mile away from the spot where the footprints were discovered, another team had found 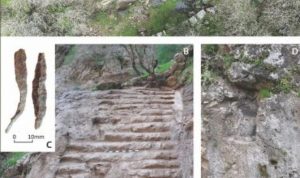 evidence of a hunter-gatherer camp from 12,000 years ago. It is possible that these newly discovered tracks belong to them.

Earlier, archaeologists have discovered an ancient fortress in Iraqi Kurdistan’s mountainous valley that they believe could be the lost city of Natounia, reported Live Science.

An intricately carved rock showing an ancient ladder is what makes experts hint towards the ancient royal city.

The fortress is named Rabana-Merquly. It belonged to the Parthian Empire which was a bitter enemy of the Romans. A study of the 2,000-year-old stronghold suggests that it was one of the regional centres for the Parthians. (Int’l Monitoring Desk)