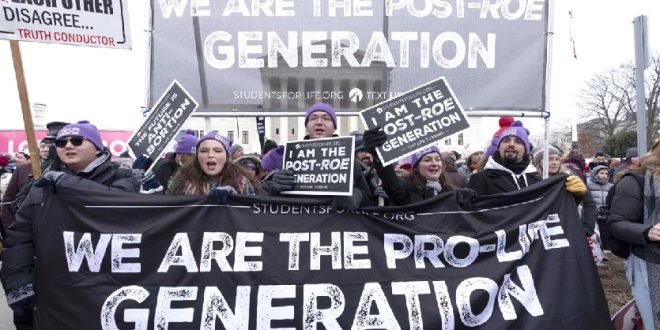 WASHINGTON: Anti-abortion rights activists in the United States are marching in the capital to celebrate the fall of Roe v Wade, the landmark Supreme Court ruling that had guaranteed access to the procedure for decades across the US. 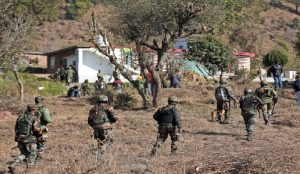 The annual “March for Life” will begin about noon on Friday in Washington, DC, bringing together anti-abortion rights advocacy groups, conservative legislators, religious organizations, and others who call themselves “pro-life”.

The US Supreme Court’s conservative majority overturned Roe v Wade in June of last year, allowing Republican-led states to swiftly enact abortion bans and restrictions. Human rights advocates slammed the reversal, saying millions of people would no longer have access to the procedure and warning that Black and low-income communities would be the hardest hit but right-wing and religious groups celebrated the move as a major victory in their years-long effort to roll back abortion rights in the United States and many have now set their sights on even tighter restrictions, including curbing the use and availability of abortion pills.

For example, Kristan Hawkins, president of the anti-abortion rights group Students for Life of America, recently told The Washington Post that she was meeting with Republican attorney generals to discuss stemming the flow of the pills.

The renewed push comes as US President Joe Biden’s administration has sought to boost abortion access amidst the uncertainty created by the end of Roe. This month, the US Food and Drug Administration said it would allow 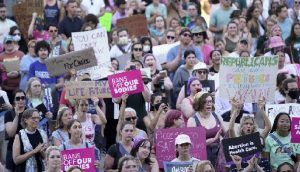 pharmacies to sell abortion pills for the first time in a move welcomed by rights groups but slammed by Republicans.

Even before Roe was overturned, politicians opposed to abortion rights had helped enact hundreds of restrictions across the nation. But between the Supreme Court’s June ruling and January 12 of this year, abortion has been banned in 12 states “with very limited exceptions” and the procedure is not available in two others, according to the Guttmacher Institute, a reproductive rights group.

“Further, in the first 100 days since Roe was overturned, at least 66 clinics in 15 states stopped providing abortion care, many closing down altogether. That means 29 percent of the total US population of women of reproductive age are living in states where abortion is either unavailable or severely restricted,” Liza Fuentes, a researcher at the Guttmacher Institute, wrote this week.

Reproductive rights advocates also have warned that anti-abortion rights groups are pushing for increased criminalization of the procedure, including penalties for doctors and other healthcare providers. Last week, the Alabama attorney general, Republican Steve Marshall, told local news outlet AL.com that patients who get abortions could be prosecuted, as well. 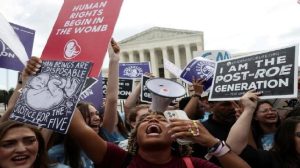 While the post-Roe fight over abortion in the US is now largely centred in state legislatures and courts, it also has come back to the fore at the federal level following November’s tightly contested midterm elections.

Biden’s Democratic Party made defending abortion rights a central theme of that election campaign, as polls showed that access to abortion was high on many voters’ lists of priorities. Five US states passed measures guaranteeing abortion access during the midterms as Democratic-led states have tried to bolster protections in the aftermath of the Supreme Court’s Roe decision.

“States mostly along the West Coast and the Northeast have enacted 77 abortion protections, the highest number ever passed in one year,” the Guttmacher Institute reported this month. (Int’l News Desk)