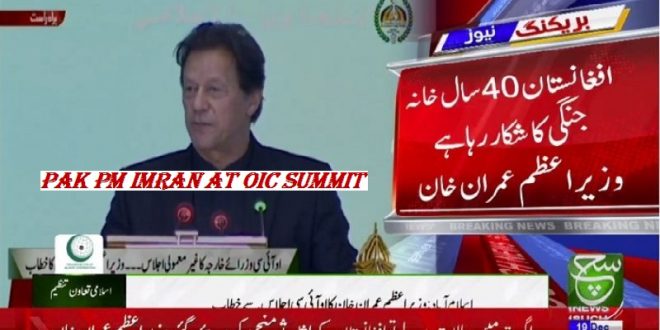 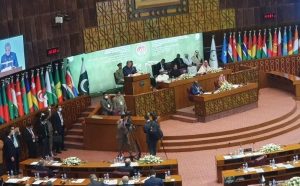 ISLAMABAD: Pakistani Prime Minister Imran Khan on Sunday issued a clear warning to the global community, stating that Afghanistan could potentially become the biggest “man-made crisis in the world” if it did not act now.

The premier expressed the views while delivering the keynote address at the 17th extraordinary session of the Organization of Islamic Cooperation’s (OIC) Council of Foreign Ministers to discuss the situation in neighboring Afghanistan at the Parliament House in Islamabad.

Member nations of the Organization of Islamic Cooperation (OIC) are holding a special meeting in Pakistan’s capital Islamabad to discuss solutions to address the humanitarian crisis in neighboring Afghanistan.

Envoys from 57 Islamic nations and observer delegations gathered on Sunday for the biggest conference on Afghanistan since the United States-backed government in Kabul fell in August. 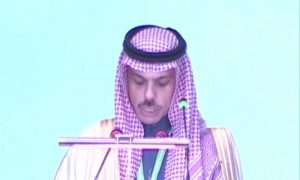 After the Taliban’s lightning return to power, billions of dollars in aid and assets were frozen by the international community, plunging the nation of 38 million into the worst hunger crisis since records began.

Pakistani officials said a total of 70 delegations were taking part, including Taliban foreign minister Mullah Amir Khan Muttaqi and delegates from the US, China, Russia, the European Union and the United Nations.

Diplomats will face the delicate task of working out ways of channeling aid to the stricken Afghan economy without also propping up the Taliban, whose government has not been recognized internationally.

The president of the Islamic Development Bank, Muhammad Sulaiman Al Jasser, has offered to manage trusts that could be used to move money into Afghanistan, jumpstart businesses and help salvage the deeply troubled economy.

Any aid pledges were set to be announced on Sunday evening. 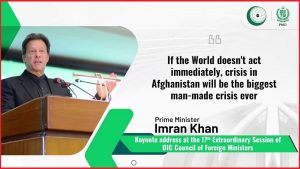 PM Imran said no other country had suffered as much as Afghanistan, adding that even before the Taliban seized control, half of the population was below the poverty line. He said that 75 per cent of the country’s budget was also supported by foreign aid.

He noted that any country, in a situation similar to that of Afghanistan, would collapse.

Commending the other speakers for highlighting the gravity of the situation in the war-torn country, he said: “If the world doesn’t act, this will be the biggest man-made crisis which is unfolding in front of us.”

PM Imran said that the OIC also had a “religious duty” to help the Afghans.

Specifically addressing the United States, the prime minister said that Washington must “delink” the Taliban government from the 40 million Afghan citizens.

“They have been in conflict with the Taliban for 20 years but this [concerns] the people of Afghanistan,” he said, adding that it was important to take immediate action. 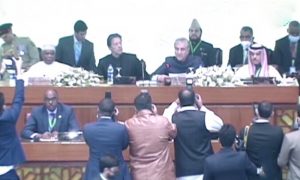 He noted that the Taliban had to fulfill the commitments they had made to the international community, which included forming an inclusive government and ensuring women’s rights.

“(However), the idea of human rights is different in every society,” he said, giving the example of Khyber Pakhtunkhwa province which borders the war-torn country.

“The city culture is completely different from the culture in rural areas […] we give stipends to the parents of the girls so that they send them to school. But in districts bordering Afghanistan, if we are not sensitive to the cultural norms, then they won’t send them to school despite receiving double the amount. We have to be sensitive about human rights and women rights,” he said.

He reiterated that Afghanistan was headed for chaos unless the world took immediate action. Such a situation will not suit the US because “chaos means the inability to fight terrorism,” he said, adding that Pakistan also faced a threat from ISIL (Daesh).

PM Imran said that Pakistan was currently housing over three million refugees, adding that country was also providing shelter to more than 200,000 refugees who had overstayed their visas. 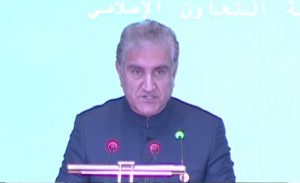 “The situation in Afghanistan means they can’t go back. We are already suffering from the impact of the Covid-19 pandemic. We are not in a position to deal with a influx of refugees.”

He questioned how poorer countries, that were still struggling to get their economic back up, would be able to cope with an influx of refugees.

Addressing the participants, the premier said he was impressed by the suggestions put forward by Islamic development banks for providing immediate assistance.

“I look forward to the fact that you will come up with a road map by the end of this evening,” he said, reiterating that “chaos in Afghanistan suited no one”.

Speaking at the opening of the special meeting, Pakistan Foreign Minister Shah Mahmood Qureshi said fallout from the deepening crisis could mean mass hunger and a flood of refugees. 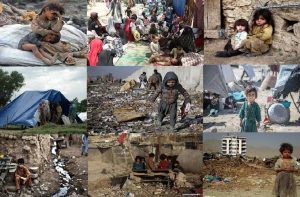 He added the OIC was being asked to consider a six-point plan to help Afghanistan that would engage with Taliban authorities to help ease pressure on their country.

It would include coordinating aid, increasing investment, helping rebuild Afghan institutions and providing technical experts to manage the economy.

Muttaqi, the Taliban’s acting foreign minister, said the new government had restored peace and security and done much to address demands for more inclusive government with respect for human rights, including the rights of women.

“All must acknowledge that political isolation of Afghanistan is not beneficial for anyone, therefore it is imperative that all support the prevailing stability and back it both politically and economically,” he said, according to a text of his remarks. 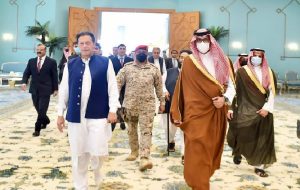 Kamal Hyder, reporting from Islamabad, said the credibility of the OIC was at stake, following previous criticisms over perceived failures to follow up on its promises.

“All eyes will be on the conference,” Hyder said. “It will be important to see whether these countries, which is the second largest group of nations after the United Nations, will be able to come up with a tangible solution to help Afghanistan in its crisis.”

US Special Representative for Afghanistan Tom West, who is attending the meeting, has expressed his intention to work with humanitarian groups in the country and to find mechanisms to deliver aid.

The OIC meeting was not expected to give the new Taliban government the formal international recognition it desperately craves. 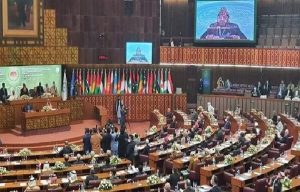 Ahead of the session, Qureshi had said the meeting would speak “for the people of Afghanistan” rather than “a particular group”.

He stressed there was a difference between “recognition and engagement” with the new order in Kabul.

“Let us nudge them through persuasion, through incentives, to move in the right direction,” he told reporters.

“A policy of coercion and intimidation did not work. If it had worked, we wouldn’t have been in this situation.”

Share
Previous Message of Christmas is to do good to others and to spread humanity;Anjani kumar Cp Hyd
Next KTR’s Strong Plea to Centre–Withdraw GST hike on Handloom sector