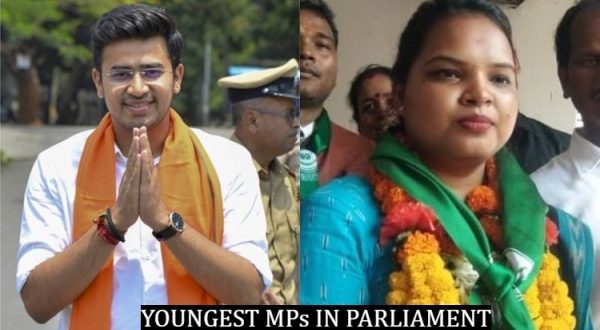 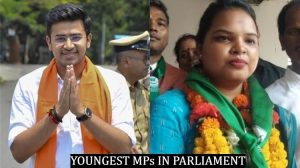 Hyderabad: The 2019 Lok Sabha Elections re-elected Prime Minister Narendra Modi with a thumping majority. The BJP-led NDA won 352 seats out of the 542 seats. Across party lines, however, the Lok Sabha will seat 300 new members this year – first-time Members of Parliament who will shape the country’s laws and policies over the next five years.

Interestingly, the Parliament will also see new young faces who will represent people’s aspirations from their respective constituencies. Two MPs are below the age of 35 in the 17th Lok Sabha elections. A look on their profile:

Murmu will be creating history as she will enter the Lok Sabha as the youngest woman in the lower house of the Parliament. She will likely be sworn-in before turning 26 on July 16.

She has completed her B. Tech from the city-based SOA University in 2017 and has been searching for a job since then. However fate had it otherwise and she landed becoming an MP instead.

Her entry into politics came as a surprise. Her maternal grandfather was Keonjhar MP but none of her family members from either side was in active politics in the last two decades.

The party as part of its promise to sent 33 per cent women to Lok Sabha was in search of a candidate who had professional qualification and was willing to serve the people. And she was a perfect candidate for the party.

However, the campaigning process was not easy for her. Her photo-shopped images were circulated widely on WhatsApp and the police later initiated action.

Interestingly, the record of the youngest MP was held by Dushyant Chautala, founder of the Jannayak Janta Party representing Hisar Lok Sabha constituency in Haryana in the 16th Lok Sabha. He is the grandson if well-known Haryana politician Om Prakash Chautala.

BJP candidate Tejasvi Surya won the prestigious Bangalore South Constituency by a huge margin of 3,31,192 votes against Congress’s B K Hariprasad. This makes him the party’s youngest MP in the Lok Sabha. With the win, the saffron party’s 28-year-old poster boy has helped the BJP retain the constituency that it has won since 1991.

After his win, Surya said that his win is a vote in favour of the Prime Minister Narendra Modi.

Surya is the nephew of BJP lawmaker Ravi Subramanya. Surya is also the state general secretary for the Karnataka BJP’s youth wing and also a party spokesperson.

Surya is known for his polarising speeches as well as closeness with the Rashtriya Swayamsevak Sangh, the ideological parent of the BJP.

Talking about the seat, the BengaluruSouth Constituency has been held by BJP leader and Union minister Ananth Kumar since the 90s. After Kumar’s death, it was expected that his wife Tejaswini Ananth Kumar would take over the seat. But the BJP in the last minute fielded Surya as the candidate.

Surya also got engulfed in allegations of sexual abuse against him, in the last week of March. He filed a suit in a Bengaluru civil court after media reports about allegations of sexual abuse were reported against him. The court passed an injunction barring 49 media houses as well as social media platforms from publishing defamatory content against him. But about two weeks later, the Karnataka High Court set aside the gag order