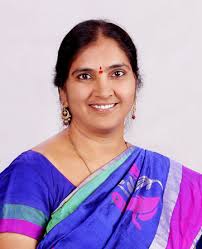 Hyderabad, Deputy Speaker Padma Devender Reddy and other women MLAs today extended greetings to Chief Minister K Chandrasekhar Rao for announcing a hike in the sop of marriage scheme for poor girls in the State to Rs 1.116 lakh from Rs 75,116.
Padma and others offered bouquets to the Chief Minister and profusely thanked him for the generous hike. The amount will encourage the poor parents to perform marriages of their girl-children. It may be mentioned here that the Chief Minister informed the House about the hike in Kalyana Lakshmi amount to Rs 1.116 lakh from the existing Rs 75,116 amid wild applause from the members during the budget session.
Those who present were Government whip G Sunitha, MLAs Shobha, Rekha Naik, Lakshmi and others.  Also present on the occasion were Health Minister Dr C Lakshma Reddy, MLA Srinivas Goud and others.