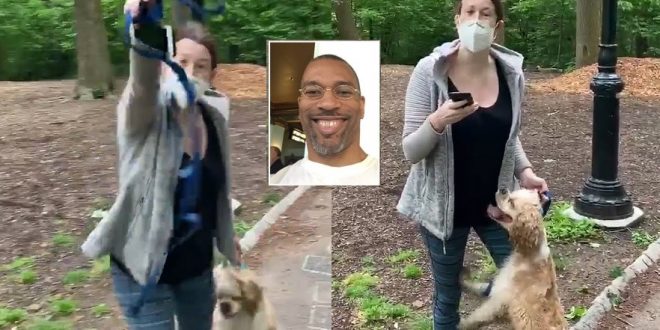 NEW YORK: A white American woman who called the police after a black man asked her to put her dog on a leash in New York City has been suspended from her job with an investment firm.

The man, described as an “avid birder”, was concerned the dog could endanger wildlife in Central Park.

“I’m going to tell them (police) there’s an African-American man threatening my life,” she told him. 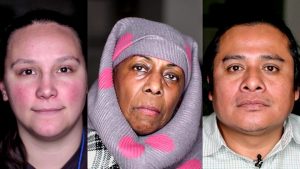 A video of the incident posted on social media went viral on Monday.

The woman, identified as Amy Cooper, later apologized, saying she had “overreacted”.

Ms Cooper also returned her dog to a rescue centre after allegations of cruelty as she appeared to choke the animal while calling the police.

The man, Christian Cooper (no relation), posted his video of the incident on Facebook and said that it began when he noticed Cooper’s dog “tearing through the plantings” in an area of Central Park called the Ramble.

“Ma’am, dogs in the Ramble have to be on the leash at all times. The sign is right there,” Cooper says he told Ms Cooper, but she refused to restrain her dog.

He said he was concerned the dog would destroy the habitat in the Ramble, a popular area for bird-watchers.

He says he then offered the dog some treats, as a way to encourage it to leave the woodland.

At some point Cooper began to film Ms Cooper with his mobile phone, and she asked him to stop.

The video, which was also posted on Twitter by Cooper’s sister, has been widely condemned on social media as many point out the high number of killings of black men by police in the US. 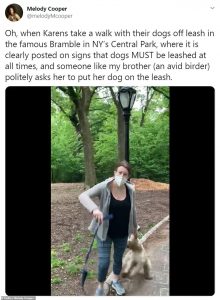 Others referred to the high-profile fatal shooting of Ahmaud Arbery, a 25-year-old black man who was out jogging when he was killed by two men in February.

Cooper’s employer Franklin Templeton, an investment firm, has suspended her while it investigates the incident, saving on Twitter that “we do not condone racism of any kind.”

New York Police Department said no complaints or arrests were made, according to broadcaster NBC.

“We live in an age of Ahmaud Arbery, where black men are gunned down because of assumptions people make about black men, black people, and I’m just not going to participate in that,” Cooper told NBC.

Ms Cooper told the outlet, “I sincerely and humbly apologize to everyone, especially to that man, his family.”

The incident made her realize that not everyone has the “luxury” of thinking of the police as a “protection agency,” she added.

She also returned her dog to the Abandoned Angels Cocker Spaniel Rescue, where she adopted it a few years ago, after allegations that she choked the dog while calling the police.

“The dog is now in our rescue’s care and he is safe and in good health,” the organization wrote on Facebook. (Int’l Monitoring Desk)