IS vows revenge against attack on Muslim woman in Australia 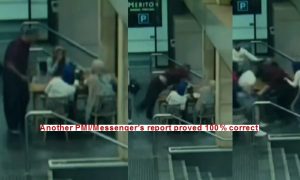 SYDNEY/ TIKRIT/ DAMASCUS/ GHAZNI: Daesh/ ISIL/ISIS/IS vowed revenge with Aussies as well as all concerned authorities particularly present government officials including Prime Minister against a brutal attack on an innocent pregnant Muslim woman in Sydney’s café while those would not be ignored or apologized that remained silent on this “White Terrorism” hence, a large terror plan has also been finalized which would be launched across Australia and other parts of the globe on Christmas/ New Year and other coming occasions, sources claimed. 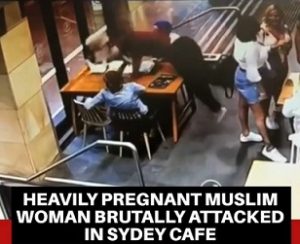 While another Press Media of India-PMI/Messenger’s report has proved 100% correct with date, time, venue, victim, accused and all other details which have already been reported a couple of months ago like dozens others during last six years particularly in which the PMI/Messenger had flashed that it was first time in the history of the world that a planned target killing of Shia women especially virgin and pregnant young girls have been targeting and it was started in 2016 but neither the world nor the prominent national and int’l NGOs, human rights activists, LEAs, UNO, world media, Pakistani bureaucrats and other concerned ‘state characters’ were ready to accept this PMI/Messenger claimed while world immigration authorities especially Australia had been arguing that this news is wrong and none of one woman was targeted in Pakistan but now after a “White Australian Terrorist Attack on an innocent Shia Muslim pregnant woman” not only all claims and arguments of ‘Australian authorities’ have  proved absolute wrong and incorrect  but PMI/Messenger have also pushed all Australian officers (illiterate, immature, uneducated, inexperienced and abnormal characters)  along with their highly sophisticated training, policies, techniques, rules and regulations, so-called and self-made laws and biased and inhuman practices and formulas, their information and their racist attitudes and behaviors into gutter and now PMI/Messenger once again challenged that not only in Pakistan alone, the Shia Muslims including Shia women are not safe across the world and Australia has become second most dangerous country for Shia Muslim men and women hence,  the remaining PMI/Messenger’s reports would be established definitely as predicted but anti-Muslim and anti-Islam, non-Muslim characters are taking PMI/Messenger’s reporting either very light or ignoring the incidents that are being happened worldwide because of their Islamophobic mindset and racism but ‘those days are nor very far away’ when Australia would be counted as worst as Syria, Afghanistan, Iraq, Yemen & Beirut  sources firmed but Aussie government, authorities, officials, LEAs, political parties and general public either partially accepted it or rejected as routine. 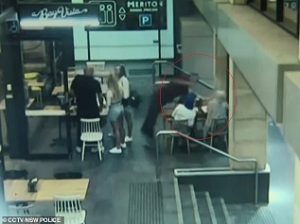 Sources further revealed that now, when the eyes of the entire world have opened and world started to know that who is the real terrorist and whom supports, facilitates, sponsors, shelters, trains and launches them and cries against Muslims and declares exactly opposite which happens.

One of a top IS leaders exposed on anonymity that neither earlier nor present the Australia (Black Water) was fit for human habitation or is livable especially for Muslims while the country’s backwardness is being rapidly increased day by day that’s why the total population of Muslims living in Australia is not exceeded than 600,000 during last 10 decades in which only 55 to 60 thousands are Pakistani Muslims in which the majority of students and now those are quitting Australia fast because of these type to extremism, racism, cultural, religious and language intolerance and White Terrorism, he added. 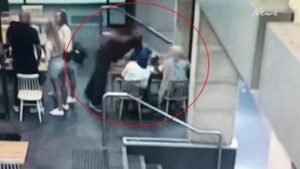 According to details a “White Australian Terrorist” has been charged for punching and stomping on a heavily pregnant woman unprovoked, in what was described by a leading Australian Islamic association as an “Islamophobic” attack.

Shocking security camera footage showed a man approaching a table of three women wearing headscarves as they chatted at a cafe in the city on Wednesday (Nov 20).
Seemingly without provocation, the 43-year-old suspect is seen lunging over the table to attack a 31-year-old woman, who police said is 38 weeks pregnant.

After several frenzied punches, the woman fell to the ground and was stamped on, before bystanders wrestled the assailant away.

Police said a suspect has been charged with assault occasioning actual bodily harm and affray and denied bail.

They declined to comment on the attacker’s motives, but left open the possibility of additional charges being laid against him. 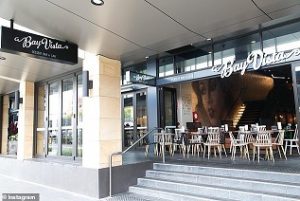 The Australian Federation of Islamic Councils (AFIC) said on Thursday the man was heard “yelling anti-Islamic hate speech at the victim and her friends”.

“This was clearly a racist and Islamophobic attack and we expect it to be treated as such,” said AFIC president Rateb Jneid.

“If it were not for the brave actions of these members of the community in stopping the assault the victim may very well have sustained much more serious injuries,” said police inspector Luke Sywenkyj.

The woman was taken to hospital following the attack and discharged, the police said on Friday.

A recent report by researchers at Charles Sturt University found Islamophobia in Australia was “a continuous phenomenon” and women wearing headscarves are especially at risk.

Of 113 female victims who reported being physically intimidated or harassed, researchers found 96 percent were wearing a headscarf. 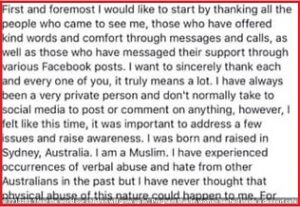 The 31-year-old woman, who is 38 weeks pregnant, was with friends at Bay Vista cafe on Church Street, Parramatta, at 10.30pm on Wednesday when she was set upon by a man who she did not know.

Police have arrested 43-year-old Stipe Lozina and charged him with affray and assault occasioning actual bodily harm since the attack.

While the woman has chosen to remain anonymous, she released a statement through a friend thanking Australia for rallying behind her.

She said the incident wasn’t the first time she has experienced racism, but was still shocked her attacker could be so cruel.

‘I hope the justice system lives up to its name,’ she said. 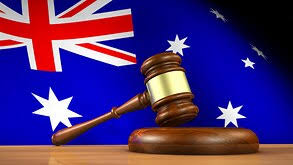 ‘I fear for the world our children will grow up in if this is not addressed. I call all Australians, Muslim and non-Muslim, to stand together in protecting innocent people from any racial or religious attacks.’

The woman said she is normally quite private and wouldn’t be comfortable sharing her story but hoped that more exposure would protect other people in the future.

She previously told media through a Muslim community leader, she felt ‘very fragile’ and still in shock after the alleged assault.

‘He just screamed at me saying ‘Muslims raped my mum’,’ she said.

Her husband told the publication his wife ‘hardly ever goes out’.

‘But when her friends invited her for a coffee, I told her to go and that I would look after the kids,’ he said.