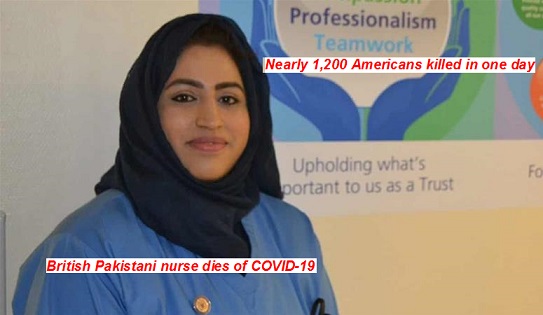 NEW YORK/ GENEVA/ WASHINGTON/ LONDON: In a live briefing on Friday, United Nations Organization (UNO) Secretary-General Antonio Guterres renewed his call for a global ceasefire, urging all parties to conflict to lay down arms and allow war-torn nations to combat the coronavirus pandemic. 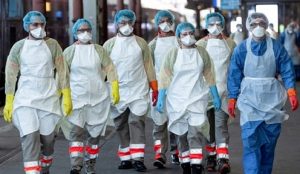 “The worst is yet to come,” Guterres said, referring to countries with fighting like Syria, Libya and Yemen.

“The COVID-19 storm is now coming to all these theatres of conflict.”

Spain announced another 932 coronavirus deaths as its total toll nears 11,000 and continued to suffer the second-most fatalities in the world behind Italy.

Around the globe, the number of coronavirus deaths topped 53,000 as another grim milestone was reached with more than one million confirmed infections.

The United States reported the highest daily death toll of any country so far at nearly 1,200. It now has more than 6,000 fatalities as the contagion rapidly spreads.

More than 1,026,000 people have been diagnosed with the virus globally, according to the data from Johns Hopkins University. More than 217,000 people have recovered from the disease, including 9,000 in the US.

UN Secretary-General Antonio Guterres renewed his call for a global ceasefire, urging all parties to conflict to lay down arms and allow war-torn nations to combat the coronavirus pandemic.

“The worst is yet to come,” Guterres said, referring to countries with fighting like Syria, Libya and Yemen.

“The COVID-19 storm is now coming to all these theatres of conflict.”

The United States recorded the single deadliest day during the coronavirus pandemic with nearly 1,200 people killed.

The Johan Hopkins University reported early on Friday there were now 6,057 deaths in the US and more than 245,500 confirmed cases.

The grisly statistics came as the number of confirmed coronavirus cases around the world soared past one million, with deaths topping 53,000 globally. 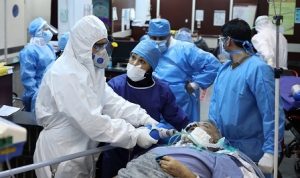 Despite more than half the planet living in some form of lockdown, the virus continues to spread rapidly and claiming lives at an alarming pace with the US, Spain and the United Kingdom all seeing their deadliest days yet.

The White House is expected to advise Americans in coronavirus hotspots to wear cloth masks or scarves in public to help stop the virus spread.

President Donald Trump said such an advisory would not be mandatory.

Residents of New York, the epicentre of the US outbreak, have already been urged to cover their faces in public.

Top health official Dr Anthony Fauci has said he believed all states should issue stay-at-home orders, as the US death toll passed 6,000. 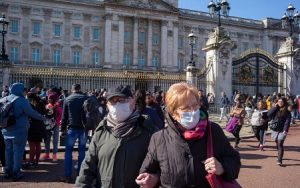 “You’ve got to put your foot on the accelerator to bring that number down,” he added, referring to infection and death rates.

President Trump’s attitude towards coronavirus has shifted. He has changed his views on social distancing, willingness to compare Covid-19 to the flu, and message around when the pandemic will end. 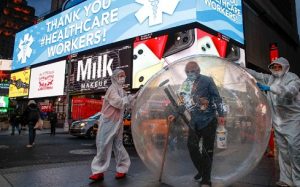 “Her Majesty The Queen has recorded a special broadcast to the United Kingdom and the Commonwealth in relation to the Coronavirus outbreak,” Buckingham Palace said.

The address, which was recorded at Windsor Castle where the 93-year-old monarch is staying with her husband Prince Philip, will be broadcast at 19:00 GMT on Sunday.

The Netherlands confirmed 148 more deaths linked to the coronavirus, bringing the total to 1,487.

It reported 1,026 new coronavirus cases, increasing the total tally to 15,723 according to the the daily report from The National Institute for Health.

A British Pakistani woman who worked as a hospital cleaner for 15 years before realising her dream and graduating in nursing has become one of the first nurses in the United Kingdom to die of COVID-19. 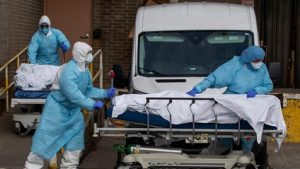 Areema Nasreen, a 36-year-old mother to three children, was described by friends as positive, spiritual, funny and open-hearted.

Despite having no underlying health conditions, Nasreen lost the battle with COVID-19 early on Friday in an intensive care unit at Walsall Manor Hospital, where she had worked for more than 15 years and where she contracted the coronavirus two weeks ago while supporting patients who had tested positive.

“Areema was such an amazing person,” Shabeena Kousar, Nasreen’s friend of 16 years, told Al Jazeera. “She always used to greet everyone with a smile. She was the type of person who would do anything for anyone.

“She had so much left to do, but Allah has called her. Our prayers are with her family, her husband, her children, and her parents,” added Kousar, who said she felt “completely lost”.