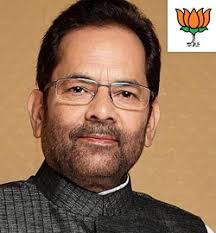 This was disclosed by Chief Principal Secretary to Finance Sandeep Kumar Sultania and Chief General Manager of State Bank of India and Chairman of State Level Bankers Committee, Hardayal Prasad at a press conference at Secretariat here. They said 35 State Level bankers will be participating in the program which will have stalls and offer loans to the eligible applicants. The loan amount is from Rs 50,000 to Rs 10 lakh to be delivered to the eligible applicants without collateral guarantee under three Central government Mudra schemes such as – Sishu, Kishore and Tarun, under which loans from Rs 50,000 to Rs 10 lakh.

The Centre has given the target to the Telangana State to provide loans under Mudra Scheme to the tune of Rs 5,065 crore this year. However, the Bankers have delivered loans to the tune of over Rs 1000 crore so far, they said. This year, the target will be achieved as the Bankers will organise such camps periodically at different places, they said.

They also admitted that during last year under Mudra Scheme, only five per cent of given target was achieved out of Rs 4475 crores as the scheme was started in the middle of the financial year. Stating that more than 80 per cent of the Bank transactions are being done through electronic, such as e-transfer, debit, credit cards, through APPs they claimed, that when the demonetisation of currency came in November 2016 there was more than 50 per cent increase in electronic transactions. Now the camps will conduct similar awareness on electronic transactions, they said.