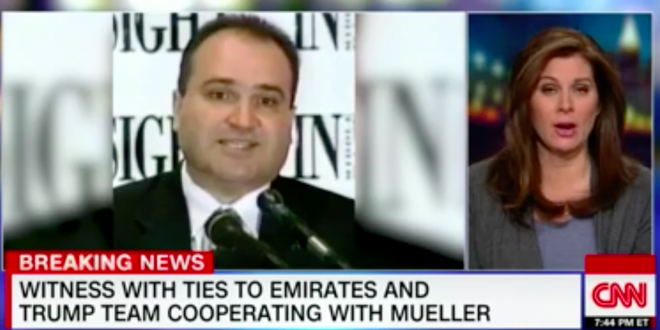 UAE linked to illegal influence in 2016 US election

WASHINGTON/ DUBAI: A federal indictment unsealed in the United States details how the United Arab Emirates (UAE) sought influence in the campaigns of former presidential candidate Hillary Clinton and President Donald Trump in the 2016 election, according to a report by the New York Times.

The indictment, which was released this week by the US Department of Justice, accuses businessman George Nader of funneling more than $3.5m in illicit campaign donations through fellow businessman Ahmad Khawaja.

Khawaja has also been charged with acting as a conduit for Nader’s illegal contributions.

The donations sought to attain “favor” and “potential financial support” in Washington for an unnamed foreign government, at first with Democrat Clinton and her allies, and then with Trump after he unexpectedly won the election, the New York Times reported.

The newspaper said that a close-reading of the 64-page indictment makes it clear that the government in question is the United Arab Emirates, where Nader runs a business and advises Crown Prince Mohammed bin Zayed.

While lobbyists with foreign clients regularly make contributions to US political campaigns, critics told the newspaper that the alleged scheme detailed in the indictment is one of the most brazen attempts by a foreign government to buy foreign influence during a campaign in recent memory. Rarely, the newspaper noted, has a head of state been so closely linked to allegedly evading campaign finance laws.

Nader had previously testified last year during the Federal Bureau of Investigations inquiry into Russian interference in the 2016 election. He is in jail in the US on charges related to the possession of child pornography.

The federal indictment detailed that Nader and Khawaja, in messages, often referred to the back-channel donations as “baklava”, candidate Clinton as “Our Sister” or “the Big Lady”, and the UAE crown prince by the initials “HH” for his His Highness.

“Will send you a note on the matter as per HH instruction,” Nader wrote in a text message in late June 2016, which also described a million-dollar payment of “baklava”, according to the report.

Several exchanges quoted in the indictment also show Nader reassuring Khawaja about the delivery of large sums of money to pay for donations.

“Fresh handmade Baklva on the way designed especially for that private event at your house later this month! First tray on the way!” Nader wrote in a message in July 2016. “Once you taste it and you like the choices more on the way soon.”

The messages also indicated that Nader kept the crown prince abreast of his efforts.

“Traveling on Sat morning to catch up with our Big Sister and her husband: I am seeing him on Sunday and her in Tuesday Sir! Would love to see you tomorrow at your convenience… for your guidance, instruction and blessing!” Nader wrote in June 2016 to an Emirati official who appears to be the crown prince, the New York Times report said.

A representative of the Emirati embassy in Washington declined to comment to the newspaper. (Int’l Monitoring Desk)