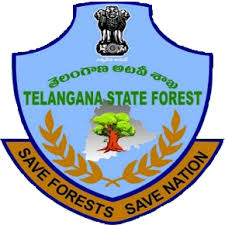 Bhadradri-Kothagudem,: Even as the incident occurred in Sarsala village in Komurambheem district where Forest Range Officer Chole Anitha was grievously injured in a mob attack by local MLAs brother fresh in the people’s memory, two more officials of the Forest department were brutally caned by podu cultivators for attempting to stop ploughing forest land around 2 am on Tuesday at Thimmampet (compartment 344) under Gundalapadu panchayat under Mulkalapally mandal under Palvoncha division in the district. The two foresters suffered grievous wounds in the attack by the locals.
According to the information, Forest Section Officer Neelamaiah, Beat Officer Bhaskar and staff rushed to the village following the information that podu cultivators engaged tractors and ploughing forest land at the village during mid-night. The forest officials seized three tractors and returned to their base camp. At that same time, those on watch at the land alerted the locals, who in large numbers rushed to the spot and attacked the forest staff with sticks.
The attackers also snatched mobile phones of the forest staff. The injured were taken to Mulkalapally government hospital for treatment. Later on Tuesday morning hours, the forest officials lodged a complaint with the Mulkalapally police. Police sub-inspector Suman has registered a case and took up investigation.