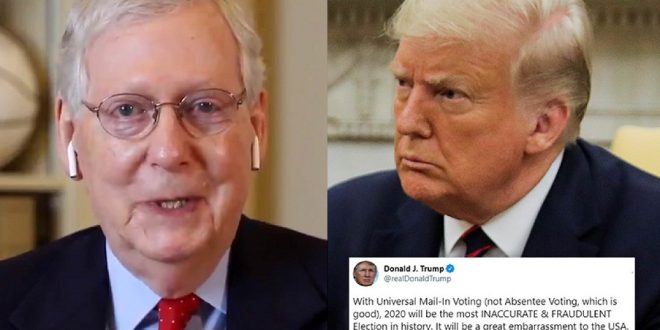 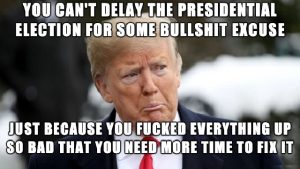 Trump does not have the authority to postpone the election. Any delay would have to be approved by Congress.

Earlier, the president suggested that increased postal voting could lead to fraud and inaccurate results.

He floated a delay until people could “properly, securely and safely” vote. There is little evidence to support Trump’s claims but he has long railed against mail-in voting, which he has said would be susceptible to fraud.

US states want to make postal voting easier due to public health concerns over the coronavirus pandemic.

Trump’s intervention came as new figures showed the US economy contracted by nearly a third (32.9 per cent) between April and June, compared to the same period in 2019 – the worst contraction since the Great Depression of the 1930s.

Senator McConnell said no US presidential election had ever been delayed before.

“Never in the history of this country, through wars, depressions and the Civil War, have we ever not had a federally scheduled election on time. We will find a way to do that again this November third,” he told local Kentucky station WNKY.

McCarthy echoed him. “Never in the history of the federal elections have we ever not held an election and we should go forward with our election,” he said.

However, Secretary of State Mike Pompeo refused to be drawn on Trump’s suggestion. Quizzed by reporters on whether a president could delay an election, he said he would not “enter a legal judgement on the fly”. When pressed, he said the justice department would “make that legal determination”, adding “we want an election that everyone is confident in”. 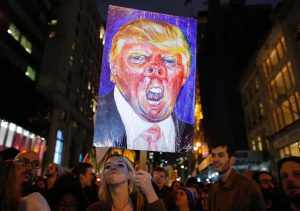 The spokesman for Trump’s re-election campaign, Hogan Gidley, said Trump had just been “raising a question”. But Ari Fleischer, who was press secretary under Republican President George W Bush said Trump should delete his tweet.

“This is not an idea anyone, especially POTUS [the president of the United States], should float,” he said. “Mr President – please don’t even pretend to mess with this. It’s a harmful idea.”

In a series of tweets, Trump said “universal mail-in voting” would make November’s vote the “most inaccurate and fraudulent election in history” and a “great embarrassment to the USA”.

He suggested – without providing evidence – that mail-in voting, as it is known in the US, would be susceptible to foreign interference.

“The [Democrats] talk of foreign influence in voting, but they know that Mail-In Voting is an easy way for foreign countries to enter the race,” he said. (Int’l Monitoring Desk)