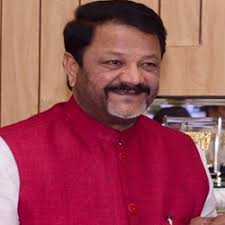 TRS MLC denies threatening his flat owner with a chappal

Hyderabad,  TRS MLC Farooq Hussain today clarified that he did not harass owner of his flat and announced he was ready to vacate the house immediately.

Speaking to the media here today, Farooq alleged that the media created the news and denied that he showed chappal against the woman, who asked him to vacate the house. He said he has already informed the flat owner that he will vacate the house. He also claimed that he was paying rent regularly. He said he will shift his house to the MLA Quarters, which were under construction, within four months.

On the other hand, owner of the flat Anthul Wasey said Farooq was not vacating the flat though she asked him to vacate it two years ago. Farooq was also not paying rent for the past six months. She said the MLC used filthy language against her when she asked for rent. Moreover, Farooq tried to hit her with a chappal, she said and lodged a complaint with the Nampally Police Station. The Police registered a case.