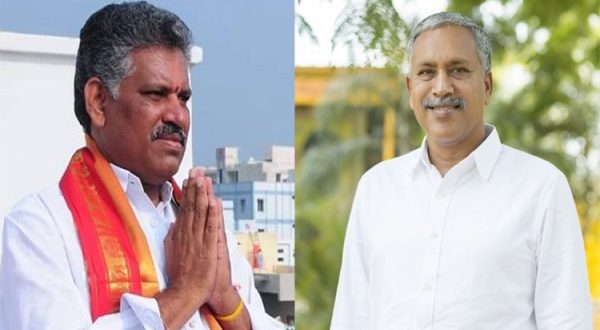 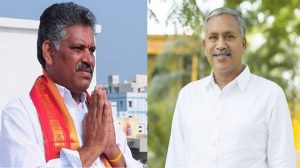 Chittoor: Repolling will be held in five polling stations under Chandragiri Assembly Constituency in Chittoor district on Sunday, May 19. The Election Commission of India in a statement issued on Wednesday to this effect after incidents of violence and rigging had barred the voters from exercising their franchise when the constituency went to polls on April 23.

District Collector PS Pradyumna said all arrangements were made for the smooth conduct of election in five polling stations namely, Pullivarthipalli (polling station number – 104), Khotta Kandriga (316), Kammapalli (318), Venkatapuram (313), NR Kammapalli (321). He said that 3,899 voters were expected to use their franchise on Sunday, and added that Section 144 would be in place near the polling stations to prevent any untoward incidents.

The Election Commission’s decision to issue a repolling comes after YSR Congress Party candidate Chevireddy Bhaskar Reddy alleged that TDP workers had prevented genuine voters from coming out to vote and resorting to rigging. He alleged that particularly Dalits were locked up in their houses to bar them from voting.

The YSR Congress Party candidate Bhaskar Reddy submitted video footage from the available webcasting to buttress his version of the story. Upon verifying video footage, the State Election Commission concluded that rigging had taken place and order for the repoll.

Meanwhile, the Election Commission’s decision to order a repoll did not go down well with the TDP workers in the constituency. They organised a sit-in at Tirupathi Sub Collector’s Office in protest on Thursday protesting the Election Commission’s decision to hold a repoll. YSRCP’s Bhaskar Reddy is pitted against TDP’s Pulavarthi Nani in the constituency