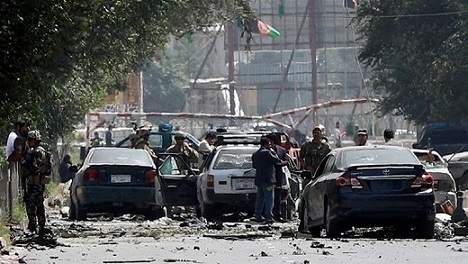 Taliban claim deadly attack near US embassy in Kabul 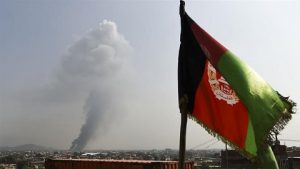 KABUL/ ISLAMABAD: Another deadly attack of Taliban kills at least 10 people near American embassy in Afghanistan’s capital Kabul but neither the ‘peace deal’ could finalized yet nor all Taliban groups especially anti-Pakistan Taliban are still ready to become the part of any negotiations and peace while on the other hand Shia Afghanis particularly Hazara community has already been rejected the entire process of negotiations as well as American peace deal with Taliban, sources claimed.

After separating Shia Pakistani arbitrators including journalists, priests and most famous, powerful and influential ‘characters’ particularly ‘this correspondent’ and his other journalist fellows those have been participating to ‘peace process’ on three countries special request and invitation during the last seven years and known as Shia representatives and enforcing complete ban on them not only in Pakistan, Afghanistan, Iran, Kingdom of Saudi Arabia and India and after issuance the death warrant against them and since last one and half year, no knows about their whereabouts that whether they are alive, kidnapped or have been murdered, sources firmed. 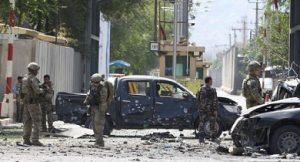 According to the reports, another blast took place on Thursday in Shash Darak, a heavily fortified area adjacent to the Green Zone and home to several important complexes including the National Directorate of Security (NDS), the Afghan intelligence service.

Ministry of Interior spokesman Nasrat Rahimi said at least 10 people have been killed in the attack that was claimed by the Taliban group, which has been holding peace talks with the United States in Doha, Qatar.

Farid Ahmad Karimi, general manager at the Wazir Akbar Khan hospital close to the bomb site, told AFP news agency that both civilians and security personnel were among the dead and wounded.

The police sealed off the area after the second major Taliban attack since Monday.

Apparent surveillance footage of the attack, which occurred at about 10:10am (05:40 GMT), showed a grey minivan explode just after it had cut in front of a line of white SUVs waiting to make a right turn right onto a street. 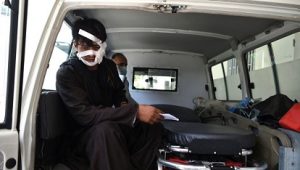 One nearby pedestrian can be seen turning and trying to run away as the minivan crashed through a barrier just before the blast.

A Taliban suicide bombing in eastern Kabul on Monday night – which the armed group said targeted a compound housing aid agencies and international organizations – killed at least 16 people and wounded more than 100, almost all of them residents.

The capital has been gripped by a surge in deadly violence even after the US and the Taliban reached an agreement “in principle” that would see the Pentagon pull thousands of troops from Afghanistan in return for various Taliban security promises.

The US top negotiator for peace in Afghanistan, Zalmay Khalilzad, said this week the two sides had drawn up a draft framework agreement under which US troops would leave five military bases in Afghanistan within 135 days of the signing of the pact. 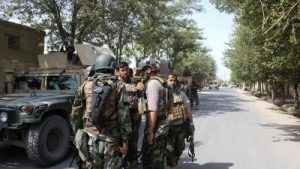 “The Taliban are imposing their power while a deal is being finalised with them. In their claimed attacks, civilians are dying, they should immediately stop conducting such attacks when there are talks going on to bring peace in Afghanistan,” Intizar Khadim, a political analyst in Kabul, told Al Jazeera.

On Wednesday, the Afghan government expressed doubts about the prospective deal, saying officials need more information about the risks it poses.

There are some 14,000 US troops in Afghanistan, deployed at various bases across the country.

Khalilzad is expected to meet Afghan and NATO officials to explain the draft agreement, which must be approved by US President Donald Trump before it can be signed.