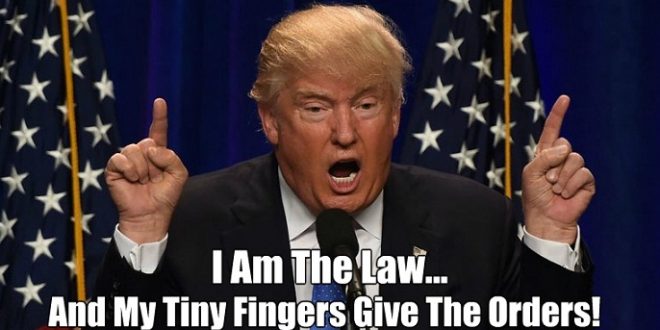 NEW YORK/ WASHINGTON: In a pair of historic rulings, the U.S. Supreme Court has rejected President Trump’s claim of absolute immunity under the law. The vote was 7 to 2 in two decisions Thursday involving grand jury and congressional subpoenas for Trump’s pre-presidential financial records. 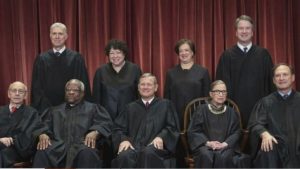 Chief Justice John Roberts wrote the court’s two decisions, declaring, “In our system, the public has a right to every man’s evidence,” and “since the founding of the Republic, every man has included the President of the United States.”

Roberts was joined in the two cases by the court’s four liberals, plus the two justices appointed by President Trump, Neil Gorsuch and Brett Kavanaugh. In the grand jury case, however, the two agreed only on the bottom line; they wrote separately to say they would have made it more difficult for the grand jury to subpoena the president’s financial records.

Though the subpoenas in both cases were for similar records, the victory in the grand jury case was a clean win for the New York district attorney and will likely guarantee access to a broad range of documents that had been subpoenaed from Trump’s accountants and from banks that have loaned the Trump business empire billions of dollars.

In contrast, when the court sent the congressional subpoena case back to the lower courts, it called for far more detailed legal findings and appeared to question, to some degree, the breadth of congressional authority that all but guarantees that the President’s financial information won’t become public before the November election. 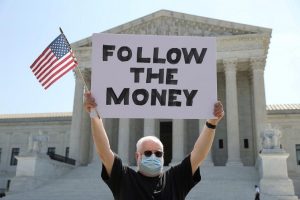 Trump, however, was enraged by the court’s ruling, tweeting “This is all a political prosecution.” And “Not fair……Courts in the past have given ‘broad deference.’ BUT NOT ME!”

New York District Attorney Cyrus Vance issued a statement calling the decision in the grand jury case, “a tremendous victory for our nation’s system of justice and its founding principle that no one—not even the president—is above the law.”

And in 1997, the High Court ruled that President Bill Clinton was not immune from a civil sexual harassment lawsuit even though he was the sitting president. Although the court said at the time that requiring Clinton to give a sworn deposition would not be burdensome, the testimony would ultimately lead to Clinton’s impeachment, but not his removal from office.

Both the Nixon and Clinton decisions were unanimous. 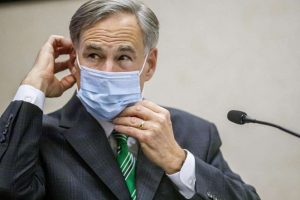 In the congressional subpoena case involving Trump, the court was more cautious, saying that “a balanced approach is necessary” to weigh the competing interests of Congress and the executive branch.

While the chief justice affirmed that “When Congress seeks information for ‘intelligent legislative action,’ it unquestionably remains ‘the duty of all citizens to cooperate,'” he said when Congress subpoenas the president that implicates “special concerns regarding the separation of powers,” which the lower courts did not take into adequate account.

The subpoenas in the two cases involve financial records largely from before Trump became president. The subpoenas were issued not to Trump, but directly to Deutsche Bank, Capital One and Mazars USA, the banks and accounting firm that Trump and his family did and continue to do much of their business with. 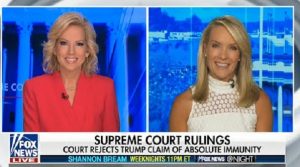 The banks and accounting firm did not object to the subpoenas, but Trump sought to block their compliance.

The House Financial Services, Intelligence, and Government Oversight committees said the subpoenas were in the exercise of their oversight and legislative responsibilities.

The committees said they were seeking the Trump records to inform the need for new international money laundering restrictions, as well as for other purposes, among them, whether ethics laws should be tightened to prevent a president with huge business interests from using his office to enrich himself.

Little is known about just how broadly the grand jury probe is sweeping. “Deutche bank is sitting on a trove of records … Trump’s innermost financial secrets,” said David Enrich, business investigations editor at the New York Times and author of Dark Towers, a book about Trump and Deutche bank. In an interview with NPR earlier this year he said that Trump’s finances are essentially a “black box and Deutche Bank is one of the few institutions in the world that has the keys to unlock it.”

No ordinary citizen would be able to block grand jury subpoenas for business records or tax returns, but Trump took the position that the president is not like any ordinary citizen. Rather, he argued that he was essentially immune to law enforcement while he is in office and similarly immune to congressional subpoenas.

The court, led by Roberts, disagreed. 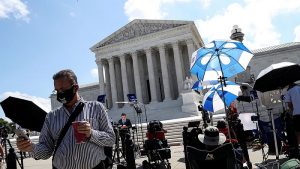 House Speaker Nancy Pelosi praised the decisions Thursday, saying the path laid out by the court in the congressional subpoena case will require a longer process for Congress to follow before it can receive information like details of Trump’s tax returns, but she said Democrats do plan to move forward.

Thursday’s decisions were greeted with widespread approval in the legal community.

Stuart Gerson, a former acting U.S. attorney general, and top Department of Justice official in the George H.W. Bush Administration said the decisions could be summed up in one sentence: “The president… is not a king” but some observers noted that while Trump suffered a two-barreled loss in the long run, in the short run, he may have won because none of the financial records he has long maneuvered to keep hidden will be disclosed before the November election.

Trump “often wins these cases by … simply stretching out the timetable and running out the clock,” said University of Texas law professor Stephen Vladeck, adding that Trump’s goal of keeping sensitive information out of view of voters has succeeded.

That’s because the court gave close to final approval of the broad subpoenas in the grand jury case, but it sent nearly identical congressional subpoenas back to the lower courts for a more detailed look at whether the house committees have presented adequate evidence that the subpoenas advance a valid legislative purpose. How detailed? The more detailed the better, said the chief justice. 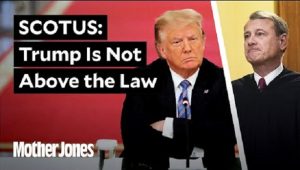 “I think there is a… sort of cross partisan dismissiveness or disdain toward congress” said Georgetown Law Professor Joshua Chafetz, author of Congress’s Constitution: Legislative Authority and the Separation of Powers.“

Chafetz says that the decision suggests that “Congress actually has to meet a higher bar when it’s looking into the president than when its doing almost any other kind of investigation.” That is “precisely backwards,” said Chafetz because overseeing the president has been “a core duty” of Congress since the founding.

Harvard Law Professor Noah Feldman had a somewhat different take, noting that the Court, for the first time had ruled in a case that pits presidential and congressional powers against each other.

“In that sense, the court has made itself more powerful relative to Congress,” Feldman said. “On the other hand, before, when congress pressed, and the president absolutely refused to participate, there was nowhere to get a third party to adjudicate. Now there is.”

“I think both sides will spin this opinion in light of the fact that we’re not going to see the tax returns,” said University of Chicago law professor Aziz Huq but what matters to Huq is that “the strategy that the Trump White House has used,” has been to stonewall any congressional attempt to get information the White House does not want to produce. Now, he said, that sort of assertion has been “utterly undercut. And I think that’s terribly important.” 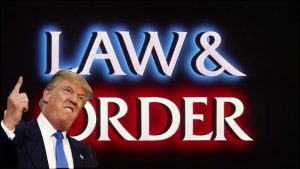 Thus, for instance, it would be very hard for the administration to refuse congressional requests for complete information about which businesses are getting money under the CARES act.

The decision may also make it easier for Congress to compel testimony from Don McGahn, the former White House counsel under Donald Trump.

Congress subpoenaed McGahn in April 2019 to testify about potential obstruction of justice by the administration but, at the behest of the administration, McGahn has refused to comply, arguing that as a former executive branch official, he is “absolutely immune” from congressional subpoena.

That argument failed for Trump in the Supreme Court. Now, it may fare no better for McGahn, whose case was heard by the entire DC Circuit Court of Appeals in April 2020 and will likely be decided soon.

Dissenting from today’s decisions were Justices Clarence Thomas and Samuel Alito, who each wrote solo opinions in both cases. Thomas said Congress has little subpoena power over private citizens, and especially not for the president’s private records. If Congress wants to investigate the president, said Thomas, it should do so under its impeachment power, not its legislative power.

Justice Alito raised concentrated his fire in the grand jury case, accusing the court majority of providing “no real protection for the presidency.”