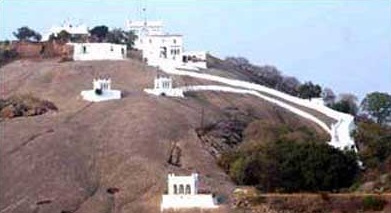 Hyderabad, Jan 05 (PMI): Shia Youth Federation of India Patron Mr Syed Najaf Ali Shoukat (senior Journalist and president of Markazi Anjuman Matami Gurohaan TS) “PROTEST AGAINST SONG PITURIZED ON MOULA ALI PAHAD BY TURIYA PRODUCTIONS “Nassihat” picturized at “Religious place 0f Moula Alias Pahad”, at Hyderabad by Turiya Productions. The Patron of Shia Youth Federation of India Mr Syed Najaf Ali Shoukat demanded with Turiya Production and other connected persons actor/singer etc with this dirty activities to come forward for unconditional apology immediately otherwise legal action will be taken against them as per the Law to hurt the sentiments of Shia Muslims. He also requested the Commissioner of Police Rachakonda Sri M. Mahesh Bhagwat IPS to take necessary action against person who have picturized the song at “Moula Alias”Pahad a holy place and also inquired with Wakf Board Authorities whether they have given permission to Turiya Production to picturized the song at “Moula Alias Pahad”.

Mr S. N. Ali Shoukat said it had been seen in last few days ago in a TV Serial “Yeh Ishq Subhan Allah” telecasting by The Zee Television, Mrs Zara w/o Kabeer delivered un truth dialogues against one of the most respect full personality of Islam “Hazrat-e- Abutalibas Father of Hazrat Ali.as     After a strong protest done through a letter by Mr Syed Afzal Imam Advocate from Mumbai the authorities of Zee Entertainment Enterprise given apology writing a letter to him.

Now again another dirty thing is done by “Turiya Productions” by picturizing a Rap Song in “Holy Place Moula Alias Pahad” at Hyderabad and  hurt the sentiments of Muslims specially Shia Muslims.

All Shia Muslims should record their protest by way of writing letters to Turiya Productions and all others persons who are involved in picturizing the song at “Moula Ali Pahad.

Mr Ali has requested with our most religious Chief Minister Hon’ble Sri K. Chandrashekar Rao to take immediate action against such peoples or originations who are trying to hurt the sentiments of the Islamic followers from time to time.  Also he demanded for  24×7 security services at “Moula Ka Pahad” especially at “ENTRANCE OF RAMP” and install “CCTV CAMERAS” which should be monitored by management and as well as concern Police Station.  (Press Media of India)