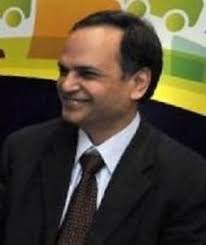 Hyderabad,  S K Joshi assumed charge as the new Chief Secretary today. Outgoing Chief Secretary S P Singh handed over the charge to S K Joshi.
After taking charge of the new office, Joshi profusely thanked Chief Minister K Chandrasekhar Rao for giving him an opportunity to serve the State. He said the objectives and priorities of the government would be executed in a time-bound manner. He said the entire administration would work as a team towards achieving the goals set by the State government. Works on the Kaleshwaram project would be expedited and completed by the end of July this year, he said.
During the last three-and-a-half years, the State has achieved rapid progress in various sectors. He thanked his predecessors for working hard during the early stages of the State formation and said that his endeavour would be to finish all the projects taken up by the government. He sought cooperation of the administration to reach the goals set up by the government.
In his farewell speech, outgoing chief secretary SP Singh said during his long tenure in the administration, he was fortunate to be part of some momentous projects such as the Outer Ring Road, Hyderabad Metro Rail, Mission Bhagiratha and so on. Referring to the Mission Bhagiratha project, he said he had an emotional attachment towards the project, which was nearing completion and would have a great impact in the lives of the rural people.
Singh said he was happy for the massive economic transformation that was taking place in the State. He exhorted the officials to continue the spirit which was evident during the formation of the State towards rebuilding the State. He observed that the State was on the path of accelerated development with a large number of schemes. The schemes which are being implemented in the State would change the face of the State and will lead to economic growth of the people, he said. He thanked the people of the State for being hospitable and welcoming nature.
Adhar Sinha welcomed the gathering. Ajay Mishra, K Ramakrishna Rao, Jayesh Ranjan, Rajiv Trivedi, Suresh Chanda, P K Jha, Harpreet Singh, Kalyan Chakravarthy, CV Anand, B Janardhan Reddy, Anita Rajendra, Sri Lakshmi, spoke on the occasion. Navin Mittal proposed a vote of thanks.