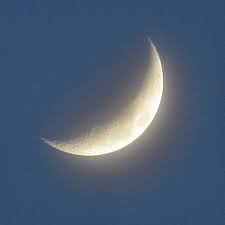 Hyderabad, Aug 19 (News Lines): In a sudden change over moonsighting and Eid-ul-Adah date the Shia Community has requested with President of Shia Ulema O Zakreen Janab Syed Nisar Hussain Hyder Aga and other ulema Janab Ibrahim Ali Jazairi and Janab Ali Naqi Najafi to give the evidence of confirmation of Ruiet-e-Hilal (moonsighting) of Mah-e-Zilhijjah on 12 August and first Zilhijjah falls on 13 August. According to Shia Ulema o Zakreen Committee Hyderabad, moon was not sighted on 12th August and following day i.e. 13th August Monday will be 30th Ziqad.

Now there has been an announcement from the same committee that 1st Zilhaja was on 13th August and Eid-ul-Adha will be celebrated on 22nd August. Shia community people are seeking “Islamic Evidence” (Sharai Dailil) for changing their previous decision and explanation for the reason to come up for unity of Ulema O Zakreen which took five to six days to confirm moonsighting date.

There has been no evidences or proofs so far from President or any executive body members of the committee about moon sighted on 12th August. The source of moon sighted by any other Shia Ulema o Zakreen or community person(s) in Hyderabad on12th August is not revealed or produced for clarification on the change in dates. As reported by Sada-e-Hussaini on 19th August 2018, all Ulema (Islamic Scholars) of Country and State have united to celebrate the Eid-ul-Adha on 22nd August. Shia Muslims in Hyderabad are facing such kind of Islamic issues (Sharai Masael) and suffering it because of non-availability of unbiased and eminent scholars (Alim-e-deen) among them.  (News Lines)