Rift in Mahagathbandhan Widens as Lalu Says Tejashwi Will Not Resign

admin July 14, 2017 National, Top News Comments Off on Rift in Mahagathbandhan Widens as Lalu Says Tejashwi Will Not Resign 566 Views 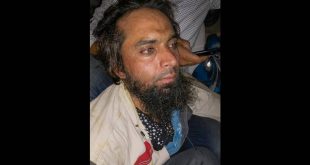 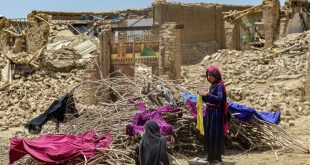 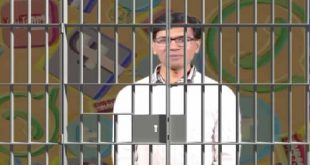 Patna: Lalu Prasad Yadav on Friday night made it clear that his son Tejashwi or any minister from his party will not resign over corruption charges despite coalition partner JD(U) issuing an ultimatum.
The RJD supremo said he would not be the one to end the grand alliance but rejected JD(U)’s demand of putting all facts related to the corruption allegations into public domain, saying that everything his family owns was already out in the open.
“Politically motivated CBI raids and filing of an FIR can’t be the ground for Tejashwi’s resignation. We are facing attacks from all sides. BJP is behind this. We will expose them in Bhajpa Hatao Desh Bachao rally on August 27,” Lalu said.
Bihar’s deputy CM, Tejashwi, has been named by CBI as an accused in its probe into the land-for-hotels scam case.
Lalu also denied reports of any telephonic conversation with Congress President Sonia Gandhi over saving the mahagathbandhan, adding he was not aware “if Madam Sonia had called Nitish.”
When asked if JD(U) had put a precondition of Tejashwi’s resignation for continuing the alliance, he said, “I understand everything. No one can scare me. BJP is trying to destabilise our alliance. But let me be clear, I will never be the first to break-up the alliance.”
JD(U) was quick to reiterate that they would not tolerate corruption. General secretary KC Tyagi said that those who have been accused must come clean in public.
On Lalu’s contention that mere filing of an FIR can’t be the grounds for seeking resignation, Tyagi said that CBI does a preliminary inquiry before filing of an FIR, so his logic does not hold ground. However, he also said, like Lalu, that Nitish would be the last person to break the grand alliance.
Earlier in the day, the JD(U) ramped up pressure on alliance partner RJD over the corruption case. The party’s chief spokesman Sanjay Singh said the RJD should provide facts and not “display arrogance” of having 80 MLAs in the 243-member Bihar Assembly.
“The RJD, which is showing arrogance of 80 MLAs, should not forget that it was reduced to 22 MLAs in the 2010 state polls and in the election in 2015, their number swelled due to the credible face of Nitish Kumar as the head of the coalition,” he said.
The JD(U) has 71 MLAs and the other alliance partner Congress 27 while the BJP, which is the main opposition in the House, has 53 MLAs.
Tyagi also insisted that he never sought Congress chief Sonia Gandhi’s intervention to defuse the crisis and only welcomed such a suggestion reportedly made by a Congress leader in Bihar.
Union minister and LJP leader Ram Vilas Paswan said the Bihar chief minister should take a decision on his association with the RJD “at the earliest” as Lalu Prasad could break away from the JD(U) to form a government of his own.
The Congress said the grand alliance in Bihar was intact. “It is based on principles. The people of Bihar had rejected a coalition which wanted to break the ‘Ganga Jamuni tehzeeb’ (syncretic culture) of Bihar,” party spokesperson Randeep Surjewala said.
Post Views: 170
Share
Previous A Dynastic Party Cannot Take India Forward: BJP President Amit Shah’s Jibe At Congress
Next Ponnala resents attack on BC leaders for party debacle 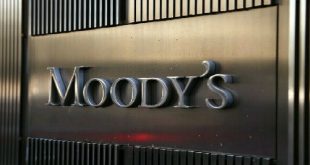