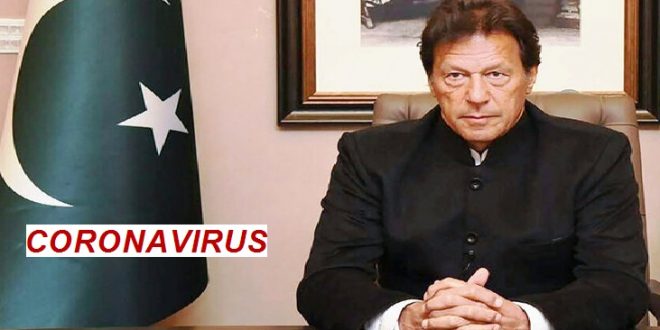 ISLAMABAD/ WASHINGTON: Pakistan’s Prime Minister Imran Khan has called on the US to lift “unjust” sanctions on Iran so its western neighbor can focus on winning the battle against the coronavirus pandemic.

“I would stress and insist to the international community to lift the sanctions on Iran,” Khan said at a press conference on Friday regarding the coronavirus outbreak. 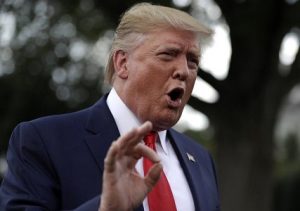 “It is very unjust they are dealing with such a large outbreak on one side, and on the other they are facing international sanctions,” Khan told reporters in Islamabad.

“Pakistan has a principled position that unilateral sanctions against Iran should be lifted. PM Imran Khan and Foreign Minister Mahmood Qureshi both have publicly stated this,” she added.

Iranian Foreign Minister Mohammad Javad Zarif tweeted on Friday that the US policy towards the Islamic Republic would live in “infamy” and that his country “won’t break”.

This week, the US imposed fresh sanctions on Iran, arguing that they did not limit the flow of aid to the country in its time of need. 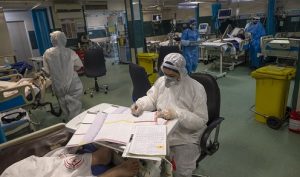 The COVID-19 outbreak there is one of the deadliest outside China, where the disease originated.

So far, the US has refused to lift the sanctions against Iran, with Secretary of State Mike Pompeo criticizing Tehran for a “lack of transparency” amid the coronavirus pandemic.

“This is ultimately a US-Iran bilateral issue, and Pakistan has little influence over American policy toward Iran.”

Rafiq said Washington was more likely to ease sanctions on Tehran in exchange for the release of Western prisoners. 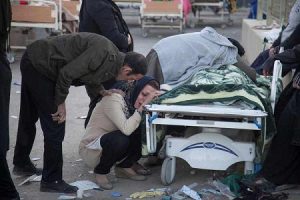 The US has warned that Iran would be directly responsible for the deaths of any Americans held by Tehran.

Tensions escalated in January after US President Donald Trump ordered the killing of revered Iranian general Qassem Soleimani, prompting Iran to retaliate against US forces in Iraq days later.

Following Soleimani’s assassination, Khan urged both the US and Iran to avoid further escalation and offered to mediate.

Iran’s economy was battered after Trump withdrew the US from the Joint Comprehensive Plan of Action (JCPOA, a multilateral nuclear deal), re-imposing severe sanctions that curb oil and gas exports on which the government in Tehran is heavily dependent for revenues.